Skip to content
+++++Update+++++
Here is an updated news story from the trial.


Joel Angeles, chief of staff for Assemblywoman Audra Strickland, R-Moorpark, was acquitted Friday of misdemeanor charges that he roughed up three demonstrators outside a June 2008 fundraiser for Stricklandâ€™s husband, state Sen. Tony Strickland.

â€œIâ€™m very happy,â€ Angeles, 45, of Sacramento, said after the juryâ€™s verdicts were announced in Ventura County Superior Court. â€œI just wanted to get a fair shot from the jury, and I believe I did. They weighed the evidence and listened to everything fairly, and Iâ€™m just appreciative that they did great work.â€

Angeles said he felt â€œa big reliefâ€ to have the case behind him.

Audra Strickland, who was in court for the verdicts, said she was â€œvery, very pleased. I knew all along that my chief of staff was innocent, and Iâ€™m very pleased that a jury of his peers agreed.â€

Read it all and pay particular attention to the LACK of CREDIBILITY of prosecution witnesses which persuaded the jury to acquitt. 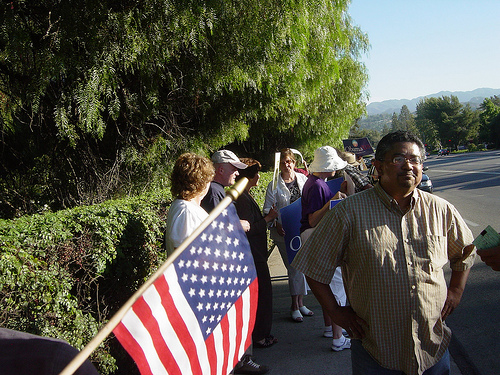 This politically motivated criminal prosecution for battery against Jose â€œJoelâ€ Angeles who is Assemblywoman Audra Stricklandâ€™s, R-Moorpark, Chief of Staff ended with a Ventura County Jury acquitting Angeles of all charges today.

Flap first wrote about the case almost a year ago.

The entire Flap was and continues to be a â€œHe Said, They Saidâ€ argument. Flap did not see the supposed â€œsmack downâ€  but did interview one of the female alleged victims. She did have  scratches on her right arm which she said she received by being pushed  into an adjoining hedge.

But, the hedge had sharp prongs, the sidewalk was filled with people  and Flap was easily pushed into it and scratched his own arm.

As I wrote previously:

Democratic Party activists of Ventura County tried to sink the candidacy of now, newly elected GOP California State Senator Tony Strickland by creating a row out in front of his fundraising event with Mitt Romney. But, it didnâ€™t work and Strickland was elected by a narrow margin in a closely contested race.

But, this case has dragged on by the outrageous claims of the 69 year old President of the Camarillo Democratic Club and the dogged prosecution by partisan Demcorat Attorney General Jerry Brownâ€™s office.

This case is going nowhere (unless an outright acquittal or dismissal) and does anyone bet that there will be some sort of plea deal on the courthouse steps?

If not, the question will be: Why is Jerry Brown, the Democrat Attorney General who will run for Governor in 2010 wasting taxpayers dollars on a politcal prosecution?

This case was BS and should never have been tried except for the fact that Jerry Brown, the California Attorney General and his minions in the AG’s office are Democratic Party hacks who abuse the law for their own political agendas. Remember when Jerry Brown took the absurd position in the California Proposition 8 case and was virtually laughed out of the California Supreme Court as the moron he is?

The Ventura County Democrats set this whole FLAP up and tried to defeat California State Senator Tony Strickland with a scandal. Their machinations did not work in the election and they could not fool a Ventura County jury.

What a waste of taxpayer money.

This FLAP will rise again when Jerry Brown comes to Ventura County as a candidate for Governor. 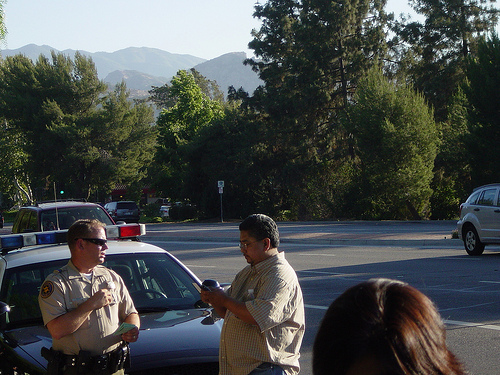 Tony Strickland Watch: Taking it to the Streets â€“ Politics That Is