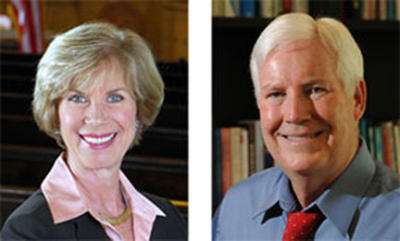 Guess Craig Huey is too smart to take the bait.


Councilwoman Janice Hahn won a strategic victory during her Congressional primary with a pledge of support for Israel. Secretary of State Debra Bowen signed it within two hours, perhaps sealing her defeat.

Hahn’s campaign must have figured that if it worked once, why not try it again. On Memorial Day, Hahn sent a pledge to her general election opponent, conservative marketing guy Craig Huey, calling for upgrades in veterans’ health care and an end to the wars in Afghanistan and Iraq.

Huey has handled it a little differently than Bowen did. His campaign didn’t respond until today. The answer: Buzz off with your stupid pledge.

“It’s a stunt on her part,” said Jimmy Camp, Huey’s campaign manager. “We’re not as gullible as Debra Bowen was. Our issues are our issues and we’re not going to let her frame what we have to say.”Camp also said that Huey’s campaign hadn’t actually received the pledge, except via Twitter. “We don’t respond to tweets,” he said.

Is Janice Hahn that desperate or does she REALLY think Craig Huey is as stupid as Debra Bowen?