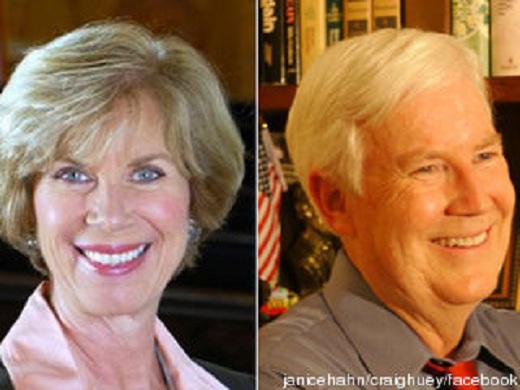 This is what Politico is reporting this morning.


Internal Democratic polling shows Democrat Janice Hahn up by only a handful of points — roughly five — in the special-election race to succeed Jane Harman, Democratic sources tell Huddle. Hahn Campaign Manager Dave Jacobsen, who declined to confirm the numbers, told Huddle that voters in the 36th District are just starting to learn about Republican Craig Huey. To wit, Hahn’s campaign is going up with its first cable television buy of the general election today, noting that Huey has called Planned Parenthood a “murder mill” in the past. D.C. Democrats know they can’t take anything for granted and they’re in close contact with the Hahn campaign. After the bump they got from Kathy Hochul’s special election victory in New York, they don’t want to give up that momentum — and certainly not in Pelosi’s home state.

Five points is probably within the margin of error, so Craig Huey the underdog Republican has a shot. This is why Hahn has already started the negative ads on cable television.

California Democrats are worried – and they should be.