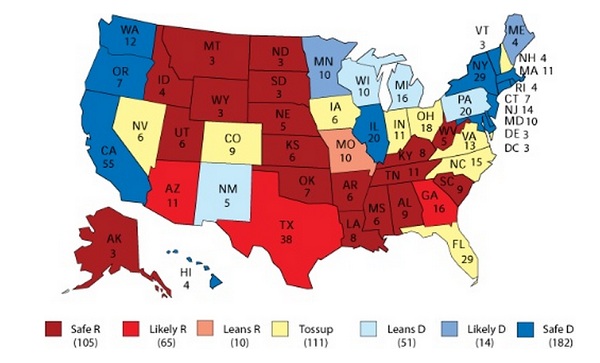 According to the lastest Sunshine State News poll.

A lackluster economy in Florida has helped put President Obama’s job approval rating under water in the key swing state, a new poll shows. And in a head-to-head matchup against Mitt Romney, the Republican front-runner in the 2012 race, the president trails by four percentage points.

Florida is a key battleground state which the GOP needs to win in the Electoral College. With 29 votes, a GOP victory would be a significant pick up.