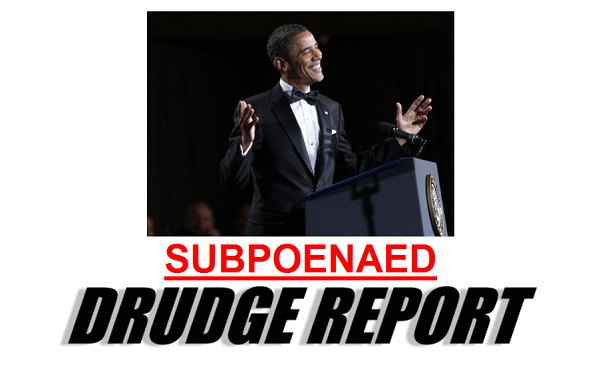 The House GOP is not happy with the Obama Administration and claim the White House is stonewalling the issue.

By a 14-9 party-line vote the Energy and Commerce Committee’s investigative subcommittee authorized issuing a subpoena for any White House documents related to Solyndra, which received renewable energy loan guarantees under President Obama’s stimulus program. The request for documents could include details of the president’s own travel and communications.

Democrats said it was “unprecedented” to subpoena documents from the president’s executive office like this, but Republicans said they’ve run out of patience with White House “stalling.”

“We simply cannot allow the executive branch at its highest levels to pick and choose what they will produce, or whether they will produce anything at all,” said Rep. Cliff Stearns, the Florida Republican who runs the investigative panel.

Thursday’s subpoena came just a day after the Judiciary Committee’s immigration subcommittee voted along party lines to authorize a subpoena for Homeland Security records related to illegal immigrants the department has declined to pursue deportation cases against.

Together they mark an escalation as Republicans have become increasingly aggressive in pushing back against what they see as administration stonewalling of oversight by the new GOP majority in the House.

In each case, the vote only authorizes a subpoena. It’s up to the chairmen of the full committees to actually issue them.

What did the Obama Administration know and when did they know it?

New documents released yesterday indicate the Administration wanted to bail out Solyndra gain before they collapsed. There is too much government money that has apparently wasted to sweep this under an Obama rug.

If  there was favoritism, or improper conduct, then the White House should cooperate with the Congress to investigate the matter.


“I regret that we have reached this point,” Rep. Cliff Stearns (R-Fla.), the chairman of the committee’s Oversight and Investigations Subcommittee and the GOP’s pointman on the Solyndra investigation, said Thursday. “At this point in time, I am not confident that we will have a good faith response from the White House without issuing a subpoena.”

“Sometimes, in the course of an investigation, we find ourselves unable to secure necessary evidence,” full committee Chairman Fred Upton (R-Mich.) said. “House Rules expressly give us the power of subpoena to compel cooperation in these instances. It is a tool we use sparingly and only as a last resort. Today, it is our last resort.”

In a statement, White House spokesman Eric Schultz said that the administration had “cooperated extensively” with the committee’s request for documents. “All of the materials that have been disclosed affirm what we said on day one: this was a merit based decision made by the Department of Energy,” he said.

“We’d like to see as much passion in House Republicans for creating jobs as we see in this investigation,” Schultz added.