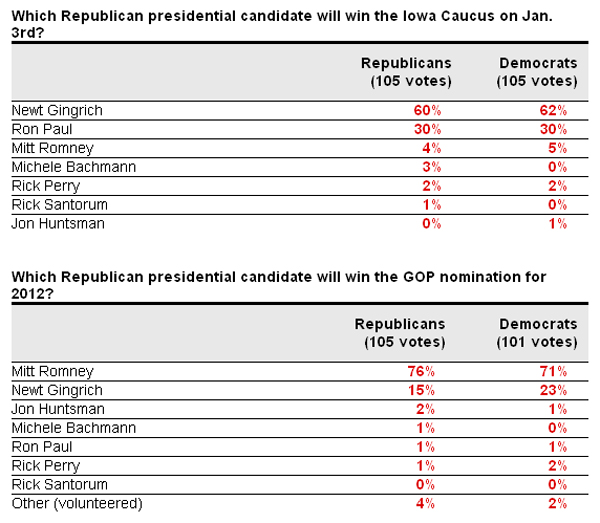 According to the latest National Journal Insiders Poll.

After months of the most volatile presidential nominating campaign in recent history, the first voting is nearly ready to begin. National Journal’s Political Insiders on both sides of the aisle are predicting a Jan. 3 Iowa Caucus win by either former House Speaker Newt Gingrich or Rep. Ron Paul, R-Texas. Few, however, believe either man will go on to capture the 2012 nomination.

The way the GOP D.C. Establishment is beating up on Gingrich, this is probably about right. Gingrich is or will be the last one to fall against Mitt Romney who the Establishment wants.

It looks like a boring Bob Dole type campaign against President Obama next year.

With such uninspiring leadership in Romney, the GOP will keep the House and may win the Senate. Winning the White House with Romney, I am not so sure.