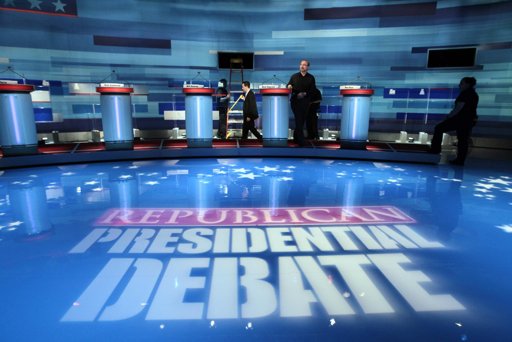 According to the latest Pew Research Center.

Republicans evaluating the field of potential GOP presidential nominees are increasingly negative about the current slate of candidates, according to a new poll from the Pew Research Center.

Fifty-two percent of Republican and Republican-leaning registered voters said the GOP field was “fair or poor,” an eight percentage-point increase since the question was asked in early January.

Likewise, the number of Republicans who had positive feelings about the candidates dropped. Forty-six percent rated the current field of four candidates “excellent or good,” a drop from the 51% who had that response in January. The GOP field has undergone substantial change since then, with former Utah Gov. Jon Huntsman and Texas Gov. Rick Perry dropping out of the contest.

Monday’s poll from Pew, which was conducted in partnership with the Washington Post, is the first time since this election cycle the negative response from voters outweighed the positive. Pew began asking the question in May 2011.

I know I am not very pleased with any of the remaining members of the field.

To be honest, I don’t see Mitt Romney or Newt Gingrich able to beat President Obama at this point. Neither of them are consistent conservatives, who can articulate a contrasting theme to the left-leaning Democratic President.

Either the GOP should induce a new candidate or two into the mix or be prepared for another four years of President Obama.