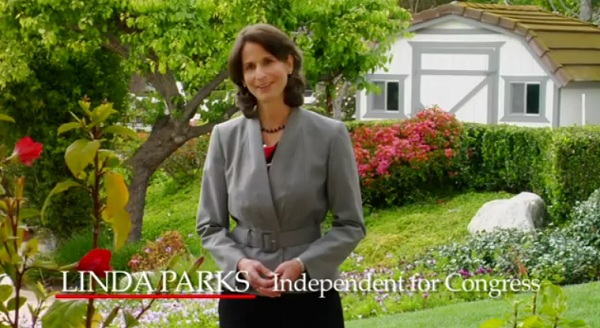 Political strategists have historically just about all come to the same conclusion about how to campaign in Ventura County: mail, mail and more mail. So it is intriguing to see the approach that Supervisor Linda Parks of Thousand Oaks is taking in running as an independent in the 26th Congressional District. She and her consultant, George Gorton, have decided to put nearly all their resources into cable TV.

Public documents from Time Warner show that Gorton’s partner Garrett Biggs on April 5 signed a $202,200 contract to air Parks ads on Ventura County cable systems through Election Day. The current schedule shows spots slated to run nearly every day through May 13, presumably with more to be scheduled later. They are placed on a wide range of cable channels, including ESPN, the Food Network, Fox Sports, MSNBC, HGTV, the Discovery Channel and the History Network.

I know George Gorton from his days with Pete Wilson and his successful campaigns for U.S. Senate and California Governor. All of Gorton’s Wilson campaigns were very successful and almost all of the media was on television, broadcast and cable. So, a television only strategy is not unusual for Gorton.

And, certainly this strategy is not unusual for Linda Parks who will be campaign cash challenged as compared to Republican California State Senator Tony Strickland and Democrat California Assemblywoman Julia Brownley. A direct mail campaign to all of Ventura County potential voters would be cost prohibitive for Parks – especially since she is a NPP (No Party Preference) and cannot mail to only Republican or Democratic households with the same message.

Here is Park’s latest ad, embedded below and it features many of her supporters from City Council and Supervisor campaigns (very low production costs and value):

What is surprising to me, is not the Park’s strategy. This is the same media campaign that her mentor and my former neighbor successful Thousand Oaks City Councilwoman Jaime Zukowski used to beat an incumbent Thousand Oaks Mayor Robert Lewis over twenty years ago. What is surprising is that neither Strickland nor Brownley have responded with ANY cable television ads of their own.

Parks has been on for over two weeks and nobody has gone “on air.”

As far as internet ads are concerned, I have seen little activity thus far for Parks. She will likely do some and I will let you know when I see them appear.

And, I bet when Brownley’s and Strickland’s consultants get around to reading Herdt’s and my pieces, they may actually produce some responding or even negative television ads. At least they should, especially Brownley, if she doesn’t want to finish third to Parks or Strickland in June.