Liberal L.A. Times columnist-blogger Michael Hiltzik and conservative prosecutor-blogger Patterico have been butting heads and online personas ever since the former joined the blogosphere last October. Even earlier, perhaps, if Patterico is right about the case he lays out on his blog this morning. He offers compelling evidence that Hiltzik has been posting argumentative comments on his own Times blog and on Patterico’s blog under the pseudonyms of Mikekoshi and Nofanofcablecos, attacking Patterico and other conservatives and posing as an independent supporter of Hiltzik. You have to wade through some prosecutorial posturing to get to the goods, but Patterico appears to show that 1) Hiltzik has previously used the name Mikekoshi in other online forums, 2) Hiltzik and Mikekoshi recently posted comments on Patterico’s blog from the same IP address, and 3) Nofanofcablecos looks suspiciously like Hiltzik as well. Of course, prosecutors only give the jury one loaded version of a case, so the verdict has to wait on Hiltzik. But these seem like charges he’ll want to answerâ€”and the Times might want to as well.

And Patterico’s Post is here: Three in One: Michael Hiltzik, Mikekoshi, and Nofanofcablecos

Why does this matter â€” or does it? After all, Iâ€™m obviously not objecting to use of pseudonyms by bloggers and blog commenters. How could I be? I mean, youâ€™re reading a post by someone who calls himself â€œPatterico.â€ And, while I made the decision to make my real name public long ago (itâ€™s Patrick Frey), many of my commenters use pseudonyms. So whatâ€™s the big deal?

Hereâ€™s the thing. I am actually a strong defender of peopleâ€™s right to comment anonymously, or pseudonymously. I myself was semi-pseudonymous for the first several months of this blog. But I donâ€™t think that commenters should use pseudonyms to pretend to be something or somebody they arenâ€™t.

I donâ€™t go around pretending to be someone else. I am accountable for what I say. If I were anonymous commenter â€œPatterico,â€ defending the arguments and actions of well-known blogger â€œPatrick Frey,â€ I wouldnâ€™t be surprised if people found that fact worth sharing. And as far as I know, my blog commenters are not going around pretending to be people theyâ€™re not, commenting on themselves using pseudonyms. If I found out that they were doing that, Iâ€™d let â€˜em have it.

John Lott has endured much ridicule for posing on the Internet as a person other than himself, and justly so. Is this any different? You be the judge.

The one thing I know for sure is this: This just isnâ€™t the way that bloggers do things.

But, what does this really mean?

Michael Hiltzik is an even BIGGER DUMBASS than Flap thought before.

Flap will look forward to the Tribune Company and Los Angeles Time’s response…….

A change of employment for Hiltzik…..? 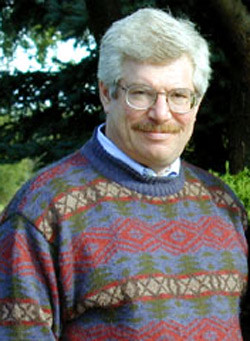 On the Internet, no one knows you’re a dog, as they say. But a pseudonym doesn’t have to be obvious. It could be that everything Trent Telenko has written was really written by me – how would that change your perception of his or my honesty and the seriousness with which you’d take my words?

What this enterprise is about, to me is a simple exercise in creating a public dialog about issues that matter.

We have to trust each other to do that.

Michael Hiltzik, like my Journalist In The Hat, doesn’t trust us or the dialog. He’s undermined it.

And, I’ll suggest he’s done so because it has no value to him.

Some years ago, the New Yorker ran an amusing cartoon about one of the supposed virtues of the Internet, its anonymity. It showed two dogs in front a computer. One was saying to the other (I am working from memory), “On the Internet, no one knows youâ€™re a dog.”

The right-wing blogger Patterico has apparently worked himself into a four-star ragegasm (Tboggâ€™s inimitable coinage) at the notion of anonymous or pseudonymous postings on his website by me. This is amusing, because most of the comments posted on his website are anonymous or pseudonymous. “Patterico” is itself a pseudonym for an Assistant Los Angeles District Attorney named Patrick Frey. Anonymity for commenters is a feature of his blog, as it is of mine. Itâ€™s a feature that he can withdraw from his public any time he wishes. He has chosen to do that in one case only, and we might properly ask why. The answer is that heâ€™s ticked off that someone would disagree with him.

Set alight by my recent post tweaking Hugh Hewitt for his numbskulled method of analyzing newspaper economics and newspaper circulation, two subjects about which Hewitt claims omniscience and knows nothing, Frey evidently pored through the IP addresses of comments on his blog to discover that sometimes I commented under my own name, and sometimes under a pseudonym. He noticed that this is a pseudonym Iâ€™ve used on other occasions. He pats himself on the back (so to speak) for his brilliant sleuthing.

Read the rest here and the comments THAT SMACK DOWN Hiltzik

Hiltzik is BUSTED and now the Los Angeles Times needs to FIRE him.
Previous: