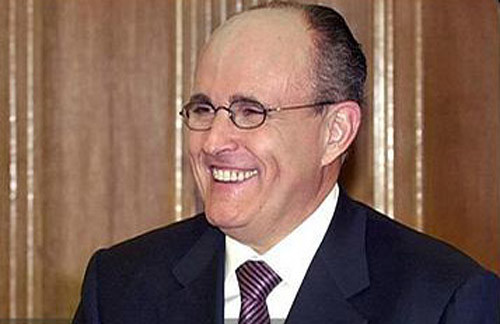 A new Gallup Poll finds Hillary Clinton with a wide lead over other 2008 Democratic presidential nomination hopefuls among Democrats nationwide, while Rudy Giuliani has a slight lead over John McCain on the Republican side among rank-and-file Republicans. Most Americans apparently have not given much thought to the 2008 election yet — nearly half do not provide a name when asked separately whom they would most like to see elected president. Clinton is mentioned most often in response to this open-ended question.

Support for Potential 2008 Republican Presidential Nominees, Among Republicans and Republican-Leaning Independents Who Are Registered to Vote

But, is Rudy running?