Paris Mayor Bertrand Delanoe (3rd L) and Washington Mayor AnthonyWilliams (2nd R) applaud after the unveiling of the statue of the third US president Thomas Jefferson (1743-1826) in Paris. A statue of Jefferson who was the main author of his country’s Declaration of Independence has been unveiled in Paris in a ceremony coinciding with US Independence Day celebrations.

Chief U.S. District Judge Thomas F. Hogan said members of Congress are not above the law. He rejected requests from lawmakers and Democratic Rep. William Jefferson to return material seized by the FBI in a May 20-21 search of Jefferson’s office.

In a 28-page opinion, Hogan dismissed arguments that the first-ever raid on a congressman’s office violated the Constitution’s protections against intimidation of elected officials.

“Congress’ capacity to function effectively is not threatened by permitting congressional offices to be searched pursuant to validly issued search warrants,” said Hogan, who had approved the FBI’s request to conduct the overnight search of Jefferson’s office.

Jefferson had sought the return of several computer hard drives, floppy disks and two boxes of paper documents that FBI agents seized during an 18-hour search of his Rayburn Building office.

At issue was a constitutional provision known as the speech and debate clause, which protects elected officials from being questioned by the president, a prosecutor or a plaintiff in a lawsuit about their legislative work.

“No one argues that the warrant executed upon Congressman Jefferson’s office was not properly administered,” Hogan wrote. “Therefore, there was no impermissible intrusion on the Legislature. The fact that some privileged material was incidentally captured by the
search does not constitute an unlawful intrusion.” 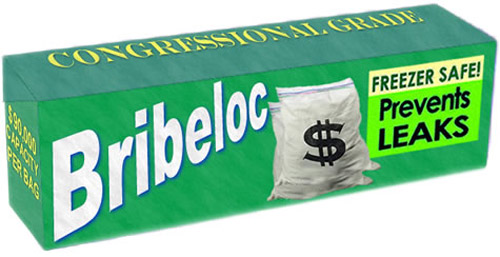 The opinion is here.

Allah says page 16 says it all.

If there is any threat to the separation of powers here, it is not from the execution of a search warrant by one co-equal branch of government upon another, after the independent approval of the third separate, and co-equal branch. Rather, the principle of the separation of powers is threatened by the position that the Legislative Branch enjoys the unilateral and unreviewable power to invoke an absolute privilege, thus making it immune from the ordinary criminal process of a validly issued search warrant. This theory would allow Members of Congress to frustrate investigations into non-legislative criminal activities for which the Speech or Debate Clause clearly provides no protection from prosecution.

Representative Jefferson is NOT above the law.

And what is he doing in Paris on Independence Day?

William Jefferson is NO Thomas Jefferson……make NO mistake about this……..