Pakistani activists from Islami Jamiat Tulba — the student wing of the Jamaat-i-Islami fundamentalist party — shout slogans after setting US flags alight during a protest in Karachi. Radical Islamic leaders in Pakistan called for mass protests 31 October after around 80 people died in an airstrike on a suspected Al-Qaeda-linked training camp at a religious school.

Pakistan’s army spokesman said Tuesday that the military used intelligence from U.S.-led coalition forces in a helicopter attack that left 80 people dead. Thousands of angry tribesmen decried both governments over the killings.

Maj. Gen. Shaukat Sultan, the chief army spokesman, told The Associated Press that American forces did not take part in Monday’s attack on a religious school, or madrassa, that Pakistan called a front for an al-Qaida training camp.

But he said his government received intelligence as part of long-standing cooperation with the U.S.-led coalition forces in
Afghanistan to battle terrorists operating along the porous border between the countries.

“Intelligence sharing was definitely there, but to say they (the coalition) have carried out the operation, that is absolutely wrong,” Sultan said. “One doesn’t know … what was the percentage of help (was provided).”

Sultan later contacted the AP to deny he had made the remarks.

How much did the Coalition forces contribute to yesterday’s airstrike is irrelevant. The fact that the airstrike happened and struck into Pakistan is noteworthy. But is it enough?

Pakistani students from Islami Jamiat-e-Talba group shout slogans and burn an effigy of U.S. President George W.Bush during a protest held in Peshawar October 31, 2006 to condemn an army attack on a religious school in the Chenagai area of the Bajaur tribal region bordering Afghanistan . Over 15,000 armed Pakistani tribesmen protested on Tuesday against a Pakistan Army helicopter attack on an al-Qaeda-linked madrasa in Bajaur tribal region that killed around 80 suspected militants.

Bill Roggio has more about the airstrikes.

How was the attack carried out?

Also Alexis Debat reports U.S. ‘drones’ â€“ actually this would be Predator UAVs, conducted the strike, and not Pakistani helicopters. An American intelligence source informs us that the Pakistani Army does not possess the capabilities to conduct precision night strikes such as this attack. There are several possibilities here: it could have indeed been a Predator strike, or, more risky would be a strike by U.S. C-130 gunships. Conducting manned strikes over Pakistani airspace has its risks, including that of a shoot down and follow on rescue mission. The Asia Time’s Syed Saleem Shahzad reports this was a ‘NATO airstrikeâ€ by â€œhelicopter gunships,â€ however it is highly unlikely this strike occurred under the aegis of NATO. Look for signs of Task Force 145 having carried out this raid, with unmanned Predators firing Hellfire missiles.

The protests will come (children were killed, the Korans were burned in the attack) but the message is continuing to be pounded into the Taliban and Al Qaeda.

America is the STRONGER HORSE

Debris lies scattered from a collapsed Islamic school which was destroyed by Pakistani helicopters in Khar.

In this photo released by the Press Information Department of Northwest Frontier (NWFP) Province, Senior Minister of Pakistans North West Frontier Province Siraj ul-Haq, who announced he would resign in protest, addresses a gathering, Monday, Oct. 30, 2006, in Chingai village near Khar, the main town of Bajur, at the Pakistani tribal area along the Afghan border. Pakistani troops backed by missile-firing helicopters killed an estimated 80 militants when they destroyed a purported al-Qaida-linked training facility near the Afghan border, the military said. 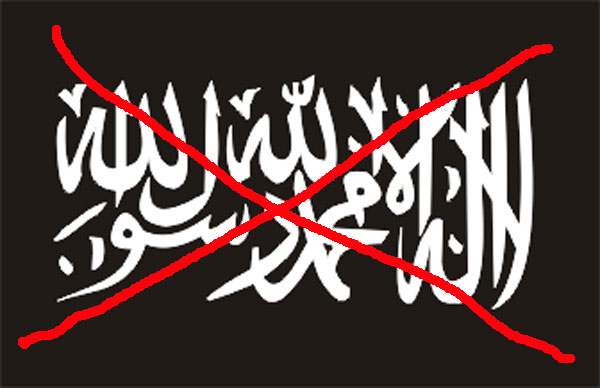