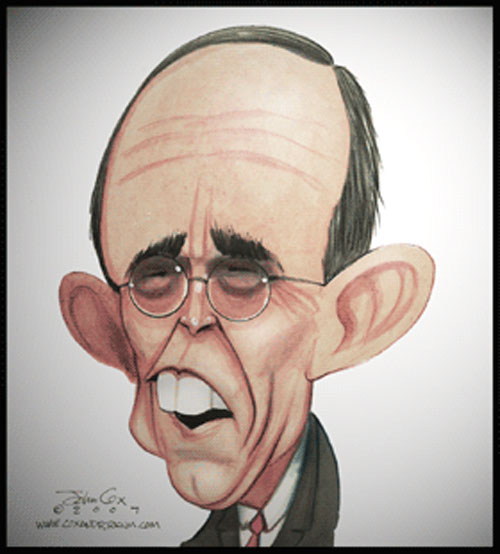 The Boston Globe: Giuliani gets warm reception in Calif..

Rudy Giuliani went west over the weekend to learn whether his brand of Republican politics had a chance among party members significantly more conservative than he . By the time he had received a fourth standing ovation Saturday at the California Republican Party convention, the answer seemed clear.

Comparing the US fight against terrorism to the Civil War and the Cold War, Giuliani told about 750 of his party’s faithful that failure in Iraq would turn that country into a “massive headquarters for terrorism.”

“Having had a job where I didn’t have any choice but to make a decision,” said the former mayor of New York, “prepares you as best you can be prepared to be the president of the United States.”

Asked in a subsequent news conference when he would formally announce his candidacy for president, Giuliani quipped, “If you go back to my speech, I think you’ll find one. We’ll figure out how to do it in five places so we’ll get more attention.”