Does Mitt Romney have some VERACITY problems?

And what about the above video?

The Republicans Love Their Federalism Excuse, Don’t They?

”I would like to see each state be able to make its own law with regard to abortion. I think the Roe v. Wade one-size-fits-all approach is wrong.”

But governor: is it a good idea? A bad idea? 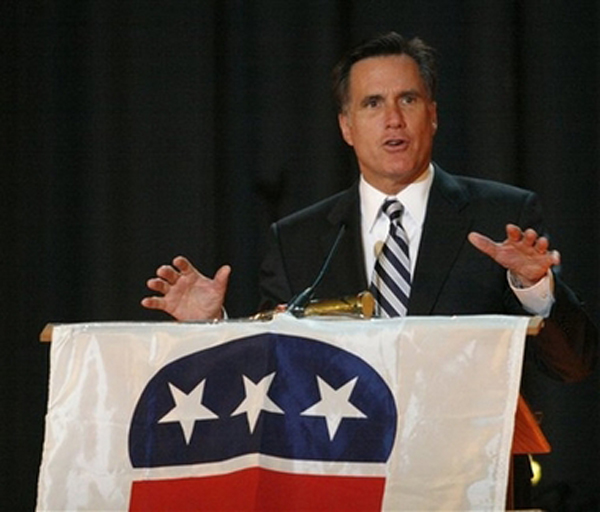 Hotline is correct. The numbers don’t line up and the Dog does not hunt.

So, does Mitt Romney have some veracity problems with his Presidential campaign?

But, if he was higher in the polls, his candidacy would draw the scrutiny. Now he is barely hanging onto third palce behind Rudy, McCain and Thompson anyway.

As Flap said before – put a fork in Romney – He’s Done.