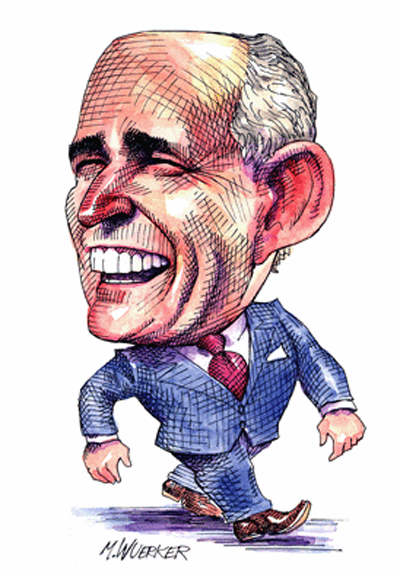 From NBC’s Mark Murray and Chuck Todd
Late yesterday — on the eve of tonight’s debate — the Giuliani campaign released a memo to supporters arguing that the former New York mayor is the clear GOP presidential front-runner and has wide appeal in a general election. “Mayor Giuliani has led in every major national poll from the last 14 weeks,” the memo says. “Since [he] made clear his intention to seek the Republican nomination for President, he has maintained a double digit lead over his rivals… We expect the dynamics of the Republican race may change in the coming months. However, we are confident we have built strong and durable support.”

The memo goes on to say that Giuliani can compete in large blue states (like California, New Jersey, and Pennsylvania), and he fares better than his GOP rivals in head-to-head match ups with the Democratic front-runners. “Rudy Giuliani may be the only Republican candidate that can compete in 2008 against the Democratic nominee. Mayor Giuliani dramatically swings the Gallup Pollâ€™s generic ballot gap from a 15-point Republican deficit, to a 2-point lead over Senator Clinton and a 9-point lead over Senator Obama. Since the beginning of February, Rudy Giuliani has led Hillary Clinton in every major national poll conducted by an average of 4-points.”

The strategy memo is here.

The telling graphics which answer the question:

Rudy Giuliani Will Put California and Other Key Battlegrounds in Play

Well, the answer Chuck is: YES.