“It would be OK to repeal it. It would be OK also if a strict constructionist viewed it as precedent,” said the former New York city mayor, who has a record of supporting abortion rights.

In a party that draws strength from anti-abortion voters, Giuliani’s nine GOP rivals agreed that it would be a great day if the court overturns the landmark ruling.

Former Massachusetts Gov. Mitt Romney acknowledged he had changed his mind on the subject when he began to delve into the issue of cloning. He said his position had once effectively been “pro-choice.”

But Giuliani, who said he personally hates abortion, hedged when asked about his position.

“I think the Court has to make that decision and then the country can deal with it,” he said. “… The states could then make their own decisions.”

An interesting lede by the Associated Press but one that is disingenuous. The debate to Flap was a disorganized and disjointed mess of a Cattle Call mimicking a debate on issues.

It wasn’t and disappointed.

To say that the debate was about abortion and the Iraq War is simply wrong. The many rules, three different moderators touched many issues, none in depth and you have a program made for sound bites.

Rudy looked the most calm and presidential in appearance. He answered questions calmly and with conviction. 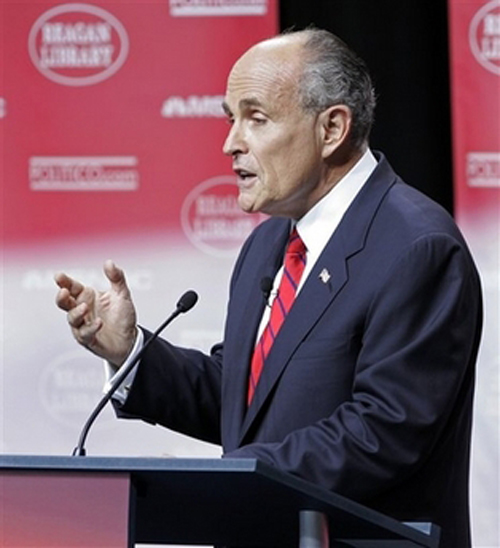 McCain was funny and avuncular. He showed plenty of energy and humour – perhaps too much funny business.

Mitt Romney was well rehearsed and plastic. He gave precise answers and was well groomed – but something seemed too perfect.

The others were back bench but impressive. Ron Paul was Ron Paul.

All were gentleman. There were no attacks or sophomoric behavior.

The winner this evening was the GOP. All of the candidates demonstrated the best of the Republican Party and why they deserve to hold the Presidency.

Flap will have more on the issues, video and interviews of attendees from the post debate Giuliani event in the morning.

By the way, just as an aside, seeing Mrs. Giuliani for the first time this evening – she is impressive.