Romney aide is the focus of probe

State Police are investigating one of Mitt Romney’s top campaign aides for allegedly impersonating a trooper by calling a Wilmington company and threatening to cite the driver of a company van for erratic driving, according to two law enforcement sources familiar with the probe.

Jay Garrity, who is director of operations on Romney’s presidential campaign and a constant presence at his side, became the primary target of the investigation, according to one of the sources, after authorities traced the cellphone used to make the call back to him. The investigation comes three years after Garrity, while working for Romney in the State House, was cited for having flashing lights and other police equipment in his car without proper permits.

The New Hampshire attorney general, according to the Associated Press, has also opened an investigation into a report that a Romney aide, later identified as Garrity, pulled over a New York Times reporter in New Hampshire and said he had run his license plate.

You remember the story.

He travels with an entourage that includes two or three â€œoperationsâ€ guys who serve as advance men and a security detail. (Between stops in New Hampshire, this reporter found himself trailing the former governorâ€™s S.U.V. on a back road, only to be led to the shoulder and instructed to â€œveer offâ€ by a man wearing an earpiece who emerged from Mr. Romneyâ€™s car. â€œWe ran your license plate,â€ he told the reporter, and explained that no one was permitted to follow Mr. Romneyâ€™s vehicle.)

So, now comes this report about this same individual, Jay Garrity being investigated in another FAUX-COP incident. 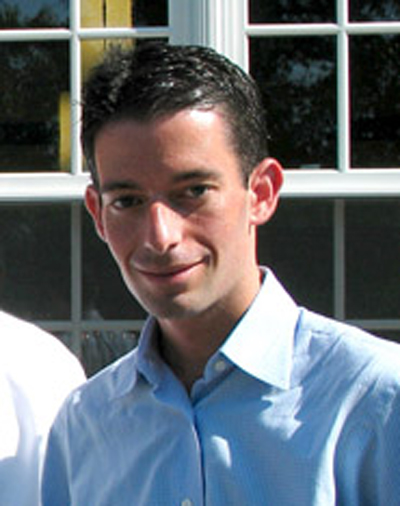 This story appears to have some LEGS.

Well, somebody here is not telling the truth.

In any case, the New Hampshire Attorney General should investigate the matter.

And Romney himself needs to clear the air, set the record straight (since he was there), fire the staff responsible and apologize, if necessary.

It certainly appears Mitt Romney has a rogue WANNABE FAUX COP on his payroll as his Director of Operations.

In 2004, the Globe reported, Garrity was cited and fined for driving a Crown Victoria with red and blue lights mounted in the grill, a siren, a PA system, and strobe lights; and for having a nightstick and identification showing a State Police patch that read “Official Business.”

Mitt Romney Watch: Mormonism – Is it an Issue?