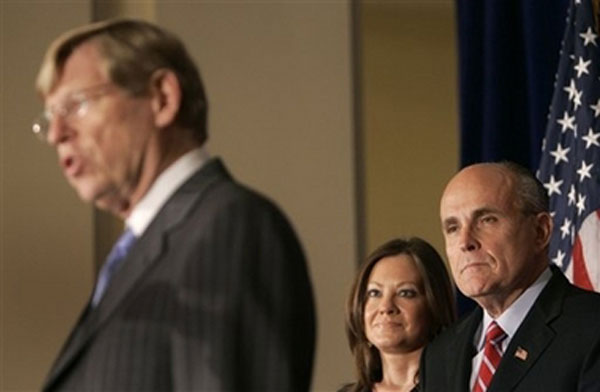 Will Rudy lose another key supporter to the Bush Administration?

President Bush is expected to choose a replacement for Attorney General Alberto R. Gonzales by the middle of next week, and former solicitor general Theodore B. Olson has emerged as one of the leading contenders for the job, according to sources inside and outside the government who are familiar with White House deliberations.

Other candidates still in the running include former deputy attorney general George J. Terwilliger III and D.C. Circuit Court of Appeals Judge Laurence H. Silberman, according to the sources, who declined to be identified because of the sensitivity of the discussions.

By the way, Olson will make a fine AG…….

The Giuliani Approach to Cleaning Up Iraq

Will McCain Back Rudy?