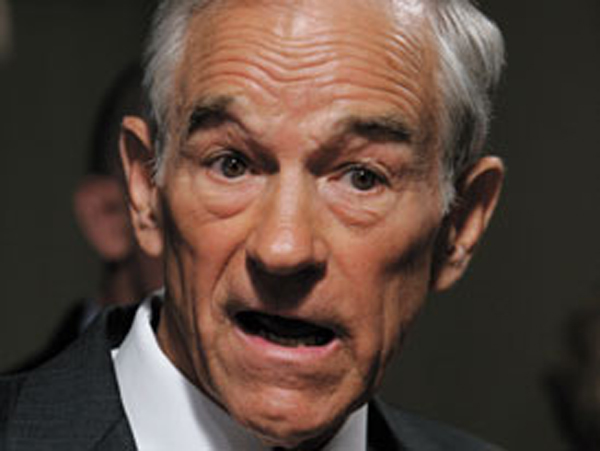 Conservative Blog RedState.com has banned pimping for Ron Paul on their site.

Flap has been slow to reporting this since he has been involved with his own Ron Paul Flap and stormfront.org.

Effective immediately, new users may *not* shill for Ron Paul in any way shape, form or fashion. Not in comments, not in diaries, nada. If your account is less than 6 months old, you can talk about something else, you can participate in the other threads and be your zany libertarian self all you want, but you cannot pimp Ron Paul. Those with accounts more than six months old may proceed as normal.

Now, I could offer a long-winded explanation for *why* this new policy is being instituted, but I’m guessing that most of you can probably guess. Unless you lack the self-awareness to understand just how annoying, time-consuming, and bandwidth-wasting responding to the same idiotic arguments from a bunch of liberals pretending to be Republicans can be. Which, judging by your comment history, you really don’t understand, so allow me to offer an alternate explanation: we are a bunch of fascists and we’re upset that you’ve discovered where we keep the black helicopters, so we’re silencing you in an attempt to keep you from warning the rest of your brethren so we can round you all up and send you to re-education camps all at once.

Yes, if the owners of RedState.com are tired of the incessant, ADDHD enthusiasm and zeal of the Paulites. Certainly, it is a chore to babysit these folks.

Probably not, since the Paulites turn off as many folks as the recruit for Ron Paul’s candidacy. Some Paulites even acknowledge this at their own forums at ronpaulforums.com. Check it out for yourself. Some of the discussions are enlightening to the inner workings of a laizze fair Presidential campaign.

But, some in the RIGHT blogosphere are not so sure.

It’s their community, of course, and they set the rules. However, this doesn’t hurt Paul’s credibility as much as it does Redstate’s. While Paul’s supporters tend towards the annoying and repetitive, they have less impact because we can easily engage them and counter their arguments. Banning them simply for their support for a candidate seems more like an admission that Redstate lacks that ability.

Captain Ed Morrissey sounds more like the radio personality that he is becoming, willing to interview Paul and leaving the flak to boost ratings. Ed, you learning your lessons from Hugh Hewitt?

David All at techrepublican.com has it wrong as well:

I agree with Captain Ed. Generally, Republicans need to welcome Ron Paul (and all others willing to wear a Republican banner) to the debate and the discussion. If Ron Paul doesn’t win the nomination, we need him to actively endorse and support the winner so that his supporters will use their energy to defeat Hillary.

Earth to David. When Ron Paul loses the GOP nomination his enthusiastic supporters and most of his voters will MOVE back to the Libertarian, Constitutuon and Reform Parties. Why do you think the Paul campaign is encouraging GOP voter registration? Most of their people have not been nor ever will be registered GOP voters.

RedState can do and have done what is best for them. The Paulites have plenty of outlets for their enthusiasm and internet clamor. Ron Paul should hope that after he throws in the Presidential towel that some of them may stick around to help in the destined GOP primary challenge to him in his Texas Congressional District.

Perhaps Paul will marshall them to run on the Libertarian Party Presidential ticket once again? And, then retire.

By the way, the November 5th fundraising ad for Paul continues on the Neo-Nazi stormfront.org today.