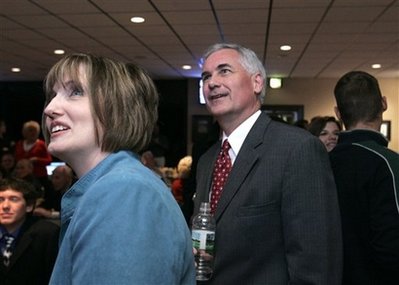 The latest batch from Nevada County dropped us by 60 votes, partially offset by a 30-vote gain out of El Dorado County, leaving us with a lead of 592 today.  Nevada County is rapidly running out of ballots â€“ we estimate it has roughly 1,000 yet to count.  Everything else â€“ approximately 25,000 more ballots â€” are from counties that we are carrying.

Butte and Placer counties comprise 23,000 of those ballots and are expected to release their numbers in a single batch when they complete their full counts later this week or early next.  In short, the fat lady hasnâ€™t begun singing yet, but sheâ€™s on stage and appears to be wearing a McClintock button.

And, in the race to replace Tom McClintock in the California State Senate, apparently the Fat Lady has already sung.