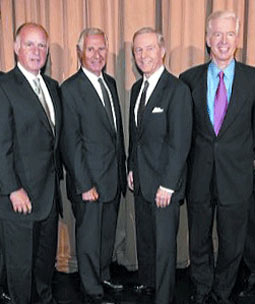 Today there is a feature puff piece in the Los Angeles Times saying the “reformed reformer” Jerry Brown, currently California’s Attorney General is running again for California governor – 35 years after winning the seat.

Well, this has been no secret in California political circles for many months and Brown known for years as “Governor Moonbeam” has raised a ton of money for the race.

Why should the GOP be happy with the prospect of having one of its candidates, either Steve Poizner, California Insurance Commissioner or Meg Whitman, former CEO of eBay run against Brown?

Look at this recent poll:

Note the favorable/unfavorable ratio for Jerry Brown. And, Brown is 70 years old and will face off against a younger generation of pols.

The likelihood of Brown winning the Democrat Primary election in June 2010 will be high. He will face off against a Democrat cast of many( some will undoubtedly drop out) – all much younger candidates but each with their on set of unfavorables: Gavin Newsom, the Mayor of San Francisco – Gay Marriage and extra-marital sex scandal; LA Mayor Antonio Villaraigosa – exra-marital sex scandal with a Latina news reporter.

A young, vigorous Republican business oriented candidate will be able to win in financially ravaged California.

Jerry Brown’s political baggage from over 4 decades of political nonsense will also be campaign fodder for the GOP media campaign – from the appointment of Rose Bird as California Supreme Court Chief Justice to the oppositon to Proposition 13 to sleeping on a mattress while he was governor.