There are a whole lot of people in the Tea Party that I see in these polls who don’t want any compromise. My presumption is they have unhappy families. All of you have been in families: single-parent, two-parents, whatever. Multiple parent and a stepfather. The fact is life is about trying to reach accommodation with one another so we can move forward. That is certainly what democracy is about. So if we are going to move forward compromise is necessary.

Steny Hoyer is so out of touch with American voters.

The Tea Party movement is not motivated by, as its members claim, record-high levels of spending and debt by the federal government and the possible economic consequences of that. It is not upset by the various federal bailouts of recent years. It is not riled up by a stagnant economy with 9.8% unemployment. No, they go to rallies because it is easier than going home apparently.

Of course, this is better than former House Speaker Nancy Pelosi who maintained the Tea Party was “astroturf” and really did not exist. 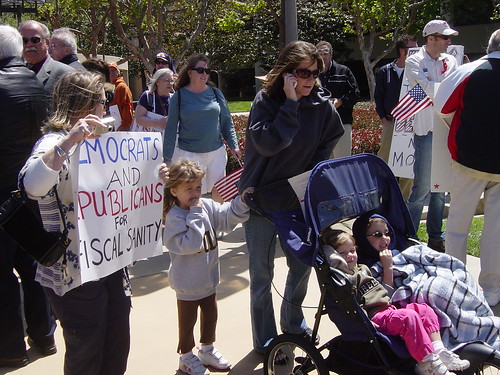