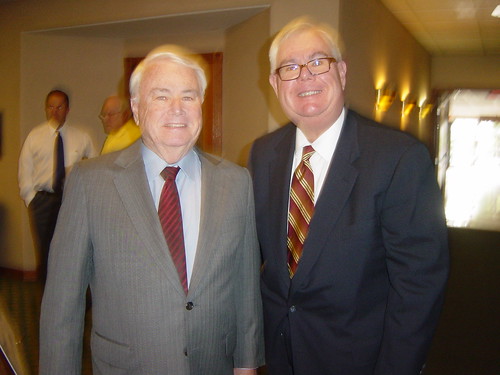 NumbersUSA has a great piece on my Congressman Elton Gallegly who was recently appointed Chairman of the House Immigration Subcommittee.


Rep. Gallegly is among an elite group of Immigration-Reduction Champions. Only two other House Members have taken more constructive actions in their careers to reduce the flow of both illegal and legal immigration. The No. 3 champion Gallegly will be serving under the No. 1 champion, House Judiciary Chairman Lamar Smith.

Gallegly has earned a Career “A” Grade from NumbersUSA. He has a perfect score in 5 of our 9 categories, and only one category is less than 92%.

Last Congress, Gallegly sponsored 3 of our “5 Great Immigration-Reduction Bills” – the SAVE Act, the CLEAR Act, and the Visa Lottery elimination bill. He also introduced his own legislation – the Enforce Immigration Law Act of 2009 that would have required information sharing between the Department of Homeland Security and the IRS to help root out illegal aliens in the workplace.

But to understand the real commitment Rep. Gallegly has to reducing immigration, one can look back to the 1996 debate that resulted in the passing of the Illegal Immigration Reform and Immigrant Responsibility Act.

Read all of the piece here and you will understand why the appointment of the 16 years more of seniority Gallegy was a very solid choice to fight illegal immigration and lead this subcommittee.