A good move for Chris since being demoted by KNBC News last year. Guess it took a while for his contract to run its course.

Anchor Frank Buckley (right) is scaling back his hours on KTLA‘s morning newscast and Chris Schauble (far right), most recently an anchor-reporter with KNBC, is taking his place in the early half of the show.

“Starting next Monday, I’ll no longer be anchoring the 5-7am hours of the KTLA Morning News and a new guy will be in the anchor chair,” Buckley announced in a blog post today on KTLA’s website. “I was asked to fill in on the 5 and 6am broadcasts on a temporary basis after the departure of our friend Emmett Miller in October. We thought it would last a month or two. It’s now March.”

Buckley will continue appearing on the newscast between 7 and 10 a.m.

Schauble has been anchoring KNBC’s weekend evening newscasts and working as a reporter throughout the week.

I met Chris last year at the Los Angeles Marathon Expo at Dodger Stadium. The Expo will be coming up next week and will look out for him there. I do know he is running the marathon this year.

Now, if we can ONLY get Elita Loresca to make the move. 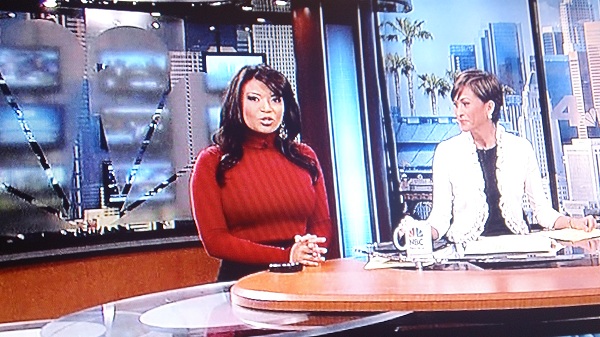