According to the latest Rutgers-Eagleton Poll (Pdf). 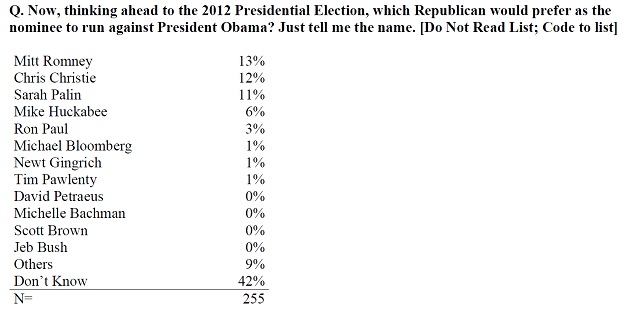 Undoubtedly, should Governor Chris Christie decide to run for the Presidency, he would poll much higher. But, while Mitt Romney does a little better than Christie he is not very far ahead of Sarah Palin.

Here is a more expanded breakdown of the results: 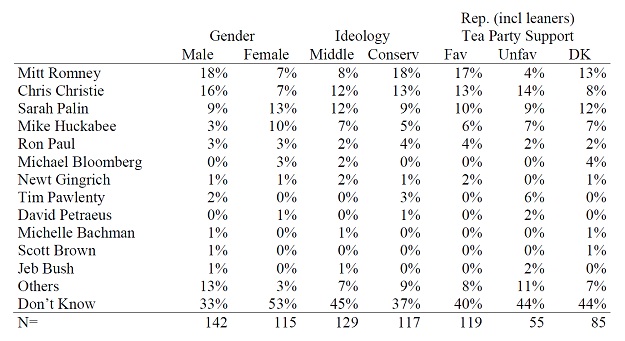 A very blue Democratic State, New jersey does not figure to be in play for the GOP versus President Obama.

Forty-two percent did not name a candidate

The sample of this poll is very small and its relevance is questionable. But it illustrates there is no GOP front runner.