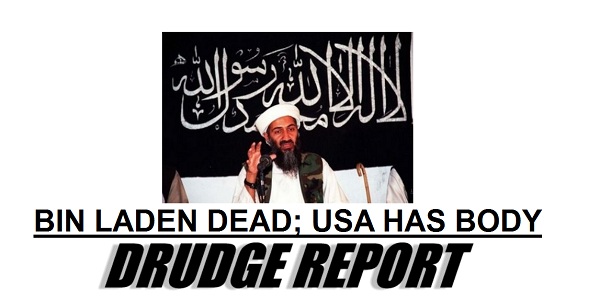 According to Muslim tradition, Osama Bin Laden was buried within 24 hours.

After bin Laden was killed in a raid by U.S. forces in Pakistan, senior administration officials said the body would be handled according to Islamic practice and tradition. That practice calls for the body to be buried within 24 hours, the official said. Finding a country willing to accept the remains of the world’s most wanted terrorist would have been difficult, the official said. So the U.S. decided to bury him at sea.

The official, who spoke Monday on condition of anonymity to discuss sensitive national security matters, did not immediately say where that occurred.

And, now the White House is debating whether to release the photographs of Bin Laden with his massive head wound.

The Obama administration has photographs of Osama bin Laden’s dead body and officials are debating what to do with them and whether they should be released to the public, officials tell ABC News.

“There’s no doubt it’s him,” says a US official who has seen the pictures and also reminds us that OBL was 6’4”.

The argument for releasing them: to ensure that the public knows and can appreciate that he’s dead. There is of course skepticism throughout the world that the US government claim that it killed bin Laden is true.

The argument against releasing the pictures: they’re gruesome. He has a massive head wound above his left eye where he took bullet, with brains and blood visible.

The White House will have to release the photographs or have someone conveniently leak them to the press. There will be too much skepticism in the Arab world to allow an embargo. But, then again, how long did it take for Obama to release his birth certificate?