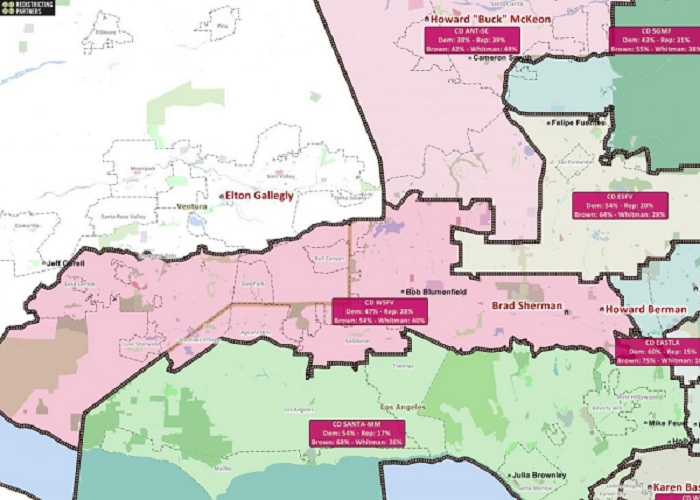 Yes, it looks like the Conejo Valley of which Thousand Oaks is a part (where I live) will be merged with the West San Fernando Valley and its predominate Democratic registration. GOP Rep. Elton Gallegly will no longer be my congressman.


Western and southern portions of the San Fernando Valley were drawn into a district that extends into the Ventura County’s Conejo Valley.  This would make the San Fernando Valley vote most important in the district.  Brad Sherman and Howard Berman are drawn into the same seat, but this is much more a Brad Sherman district based on where these two members of congress have run and won in the past.


The visualizations could very well change by the release of the drafts on Friday, and most likely will change before final versions are issued no later than Aug. 15.

I can only hope.