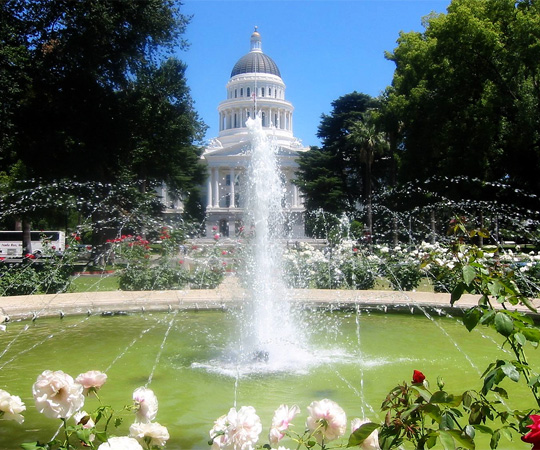 All eyes are on California Capitol today, as the the Legislature faces a 11:59 PM deadline to pass a balanced budget or have their own paychecks affected. Any odds at some sort of “balanced” budget will pass when legislator’s own bank accounts are on the line?

The answer is: YES.

Both the California Assembly and Senate have morning sessions this morning and the poop is that they will pass a majority vote “balanced budget.” Remember California Democrats hold overwhelming majorities in both houses, but lack the 2/3’rds super majority in order to raise taxes.

The California Legislature is facing an almost $ 10 Billion budget shortfall and is required by law to balance the books. Some of the proposals leaked out of the Capitol for the Democrat majority only plan include:

There are others, but the Democrats are floundering since most of the above will face certain court challenges or have no realistic ability to either cut spending or raise revenues. In other words, it is a SHAM and GIMMIC budget. Whether Democrat Governor Jerry Brown will go along with this Democrat majority only budget is uncertain.

Brown will continue to negotiate with the Republicans and hope for a better deal. The Republicans have no incentive to deal with the Governor unless some real reforms become reality – if even that.

So, on to the links:


Gov. Jerry Brown still has public support for his tax plan, but the margin has slipped, and so has his public approval rating, according to a Field Poll released today.

The poll comes as legislative Democrats – frustrated by months of failed budget talks between Brown and Republican lawmakers – prepare today to take up a budget of their own.

Though Brown’s public approval rating has slipped just two percentage points since March, to 46 percent, many Californians who previously were undecided about Brown made up their minds against him. Thirty-one percent of voters disapprove of Brown’s job performance, up from 21 percent in March.

Fifty-two percent of registered voters surveyed said they would be willing to extend temporary tax increases to close the state’s remaining $9.6 billion budget deficit, a drop of nine percentage points from March.

Highlights of the Democratic budget plan


Highlights of the Democratic budget package that lawmakers plan to vote on Wednesday, according to Assembly budget staff:

$500 million –- Cut spending on a local law enforcement program (could be offset by a vehicle tax hike, if GOP agrees)

$2.85 billion –- Delay paying schools and community bills until the next fiscal year

$540 million –- Delay paying some UC bills until next fiscal year

$1.2 billion -– Revive a new version of proposal to sell state buildings,and then lease space back


Who would have guessed that California conservative icon Tom McClintock, the former longtime legislator from Ventura County and current congressman representing a district in Northern California, would step up at a critical time to give Democratic Gov. Jerry Brown a boost in promoting one of his controversial budget proposals?

The answer is, anyone who paid attention to McClintock’s position as a legislator on the issue of redevelopment. As a property rights advocate, he was a leading foe of redevelopment. Now he’s stepped up and released a You Tube video in which he calls on supporters to urge their state lawmakers “to abolish these rogue agencies.”

The video comes just as city governments and other redevelopment advocates are sounding the alarm about a potential vote in the Legislature on two developing bills to accomplish most of what Brown is seeking. One bill would abolish redevelopment agencies; the other would allow specific agencies to stay in business, but only if they agreed to turn over most of their current flow of property tax revenues to their local school districts.