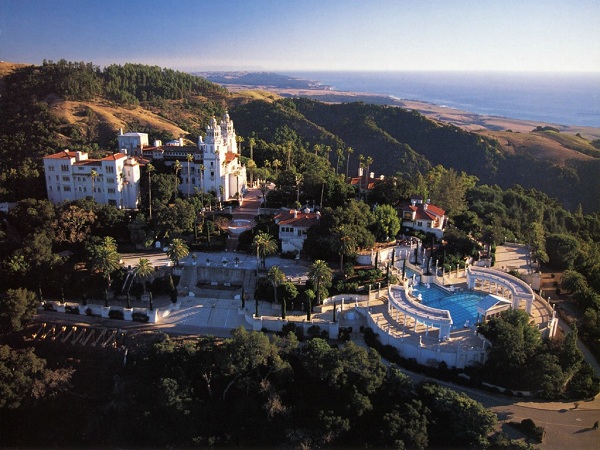 And it adds the following:
— $4 billion in higher projected revenues in 2011-12, with triggered cuts
— 1.06 percentage point sales tax swap that redirects money to local governments for Brown’s “realignment” plan rather than to the state. Sales tax rate will still fall 1 percent on July 1.

First, the plan requires Brown’s Department of Finance director, Ana Matosantos, to certify in January whether the $4 billion projection is accurate. She will use revenue totals for July to December and economic indicators to project the remainder of the fiscal year.

The “trigger” cuts are essentially in three tiers, based on how much of the extra $4 billion comes in.

Tier 0: If the state gets $3 billion to $4 billion of the money, the state will not impose additional cuts and roll over any balance of problem into the 2012-13 budget.

Tier 2: If the state gets $0 to $2 billion of the money, the state will also impose up to $1.9 billion in cuts, including a $1.5 billion reduction to schools that assumes seven fewer classroom days. It also includes a $250 million elimination of school bus transportation (except for that which is federally mandated). Cuts will be proportionate to how much of the first $2 billion in revenues the state gets. State will also impose the Tier 1 cuts.

Talk about gimmicks. This budget is all smoke and mirrors with assumptions that are not within the realm of possibility.

Look at the Amazon Tax for example. Is there anyone who believes the state will capture $200 million in additional revenue when Amazon et. al. say they will cease their associate businesses in California if the law is signed. Plus, they plan to challenge the legislation in state and federal courts and what will that cost the State of California.

So, the Democrats have made a deal that will hopefully get past the Democratic Controller John Chiang in order to restore the Legislators pay. But, in all reality, this budget deal is a sham based on wildly exaggerated revenue assumptions – a rosy scenario at the extreme.

On to today’s links……

When governors and legislators face seemingly big budget deficits, they often turn to gimmicks to balance income and outgo on paper.

The most creative have been what Capitol cynics call “rosy scenarios.”

The politicians conjure up some new source of revenue, swear it is legitimate and then use the projected windfall to close their gap.

Former Gov. Arnold Schwarzenegger was an early advocate of rosy scenarios, such as assuming that the state could get as much as $1 billion from new gambling compacts with Indian tribes, or it could seize a half-billion dollars from punitive judgments in lawsuits.

Later, he counted revenues from peddling the state’s workers’ compensation insurance business and state buildings. His rosiest scenario occurred last year, when his initial budget assumed that the federal government would give the state as much as $7 billion in extra cash.

None of those funds materialized, but that doesn’t prevent Capitol politicians from dusting off another rosy scenario.

Gov. Jerry Brown and Democratic legislators, whose hopes of winning Republican support for tax extensions vanished, ginned up a new budget Monday, just days before the 2011-12 fiscal year is to begin.

Brown vetoed one Democratic budget, saying it was so gimmicky that Wall Street bankers would not give the state billions of dollars in short-term operating loans. And Controller John Chiang followed that by decreeing that since a balanced budget wasn’t enacted by the constitutional deadline of June 15, he’d cut off legislators’ salaries and expense payments as a new state law requires.

Brown and Democrats went back to the budgetary drawing board, and a new rosy scenario emerged – that above-expectation tax revenue this year means the state will collect an extra $4 billion during the fiscal year.

Gov. Jerry Brown on Monday abandoned his plan to hold a special election this year on whether to renew expiring tax hikes and instead said he will balance California’s budget with a combination of spending cuts and a projected increase in normal tax revenue.

Brown announced the latest approach at a news conference during which he was accompanied by the leaders of the state Assembly and Senate, both fellow Democrats. They agreed to pursue a budget for the coming fiscal year without support from Republicans, who had refused to accept an extension of expiring temporary tax increases, which had been the centerpiece of the Democratic approach.

Brown had hoped to extend a series of tax increases that are expiring this week, but he needed two Republican votes in each house to bring the proposal before voters.

After six months of talks with a handful of GOP lawmakers, Brown said he finally gave up on the idea Sunday night after receiving a text message from one of the lawmakers.

“We had some very serious discussions. I thought we were getting close, but as I look back on it, there is an almost religious reluctance (among Republican lawmakers) to ever deal with the state budget in a way that requires new revenues,” Brown told reporters during a brief news conference.

Instead, the Democratic leaders said they would pursue a ballot initiative to bring tax increases before voters in November 2012.

In some early fallout from the political upheaval expected under proposed new districts for California lawmakers, the campaign arm for House Republicans said it would begin airing a TV ad slamming Rep. Lois Capps (D-Santa Barbara) over her position on Medicare.

“Congress is debating big changes for Medicare, and Congresswoman Lois Capps voted for the most extreme plan. Capps voted for the plan the media says would ‘decimate Medicare,'” the narrator says in the spot that the National Republican Congressional Committee said would begin airing Tuesday.

Republicans see Capps as among the most vulnerable of the Democrats under the redistricting. Her district, derided as the “ribbon of shame” for its blatant gerrymandering, forms a narrow, 200-mile coastline band that runs from Oxnard to the Monterey County line. Under the first round of proposed new maps, her district would shift considerably and become less Democratic than currently.