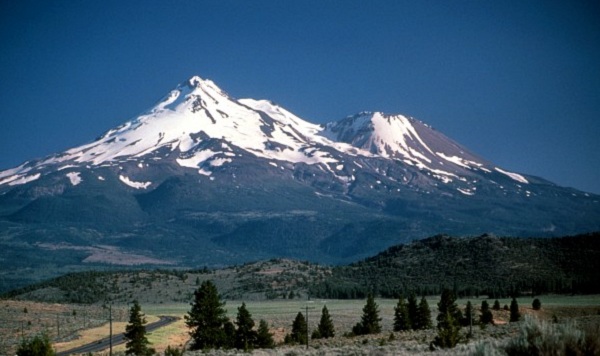 Well, the Democrats in the California Legislature passed a state budget last night using rosy scenarios and some more dramatic cuts, if revenues do not arrive next January. Everyone agrees this is not a “balanced” budget but with the pre-agreement of Democrat Governor Jerry Brown will be signed into law. Democrat Controller, John Chiang will more than likely say it is balanced enough to allow California Legislators to finally receive their paychecks. After all, that is what is the most important for Sacramento Pols.

But, Californians will have their taxes lowered on July 1.

The Legislature passed an austerity budget Tuesday night that would cut from universities, courts and the poor, shutter 70 parks and threaten schools but would not — by officials’ own admission — restore California’s long-term financial health.

The UC and Cal State systems would face about a 23% funding cut, among the steepest in the proposal. Cash grants for the needy would fall, a program to help thousands of teen mothers get an education would be suspended and hundreds of millions of dollars would be siphoned from mental health programs.

The state park closures would be the first ever. Courts would face what the state’s chief justice has described as crippling reductions.

In an optimistic forecast, lawmakers built in an extra $4 billion of revenue. If all that cash does not materialize, K-12 schools — which had so far survived negotiations relatively unscathed — would face a cutback equal to shortening the academic year by seven days.

California’s budget is closely watched because the state is the most populous, has the largest economy and issues the most debt of any state in the U.S.

In budget talks of past years, Republicans typically extracted policy changes such as corporate tax breaks in exchange for their budget votes. But this year, their refusal to extend taxes left them with little negotiating power.

“We started a dialogue to put a cap in state spending, and we also asked for a reform in public pensions,” Sen. Bob Huff, the Republican vice chairman of the senate budget committee, said in floor comments. But he said Republicans were ultimately “iced out” of the budget process.

Republicans’ absence from budget-making is expected to be especially noticeable during boom times and under Democratic administrations, when Democrats could potentially raise spending more than in the past and wouldn’t require Republican help to do so, said Bruce Cain, a political-science professor at the University of California, Berkeley.

However, a budget supported only by Democrats cannot boost or extend taxes unless Democrats make up two-thirds of the legislature. So during tough times—such as this year, as California emerges from recession—Republicans can still stymie Democrats by blocking their attempts to raise revenue through taxes.

“One hand is still tied behind the majority party’s back,” Sen. Mark Leno, the Democratic chairman of the senate budget committee, said in comments on the senate floor.

Things may be looking up for Rep. David Dreier.

The San Dimas Republican was penciled into a new congressional district dominated by Democrats under the first draft maps by the state’s redistricting commission, but he had reason for hope under a new concept unveiled Friday.

“It could potentially save one of the Republican seats in Los Angeles,” said Paul Mitchell, a redistricting consultant and Democratic political consultant who identified the potential beneficiaries as Dreier or Rep. Gary Miller, R-Diamond Bar.

Rob Wilcox, spokesman for the redistricting commission, cautioned Tuesday against drawing conclusions from the very conceptual maps, which he characterized as “visualizations” rather than actual proposals.

Boundary lines were drawn, in part, to increase the number of likely Los Angeles-area Latino congressional seats in consideration of the federal Voting Rights Act, meant to protect the voting power of minority groups.

The conceptual maps were shown to the redistricting commission for comment, then line drawers went back to the drawing board.

The boundary proposals targeted only a handful of congressional districts — none safe for Dreier — but their location suggested that a district could be drawn near his home that could make him a viable candidate, according to Mitchell.

The much-revised state budget that Gov. Jerry Brown and Democratic legislative leaders have cobbled together solves their political problem, at least for the moment.

It means a budget will be in place for the new fiscal year that begins Friday and the state can now ask bankers to buy billions of dollars in short-term revenue anticipation notes needed for cash flow purposes.

It means that legislators, whose salaries and expense checks had been suspended by Controller John Chiang for non-action on the budget, will be paid again.

It means that Democrats didn’t have to meet demands from Republicans, whose votes would have been needed for the tax extensions Brown and the Democrats originally sought.

However, it doesn’t mean that the chronic fiscal crisis is over, and the budget’s shaky assumptions mean it could fall apart in months.

Gov. Jerry Brown, whose signature more than three decades ago gave agricultural workers the right to unionize by secret ballot, vetoed a bill Tuesday that would have made it easier for farm laborers to organize.

The proposal has been the top legislative goal for years for the United Farm Workers, whose founder, Cesar Chavez, had strong ties to Brown. It would have allowed the union to bargain for employees without holding an election — by simply collecting signatures from a majority of workers on cards saying they wanted representation.

Gov. Arnold Schwarzenegger vetoed similar measures four times during his seven years in office. Supporters of the latest bill had been hopeful that Brown, a Democrat who often spoke of his relationship with Chavez during his gubernatorial campaign last year, would approve it.

In his veto message Tuesday, Brown cited his work with the union 36 years ago.

“I am not yet convinced that the far-reaching provisions of this bill … are justified,” Brown wrote.