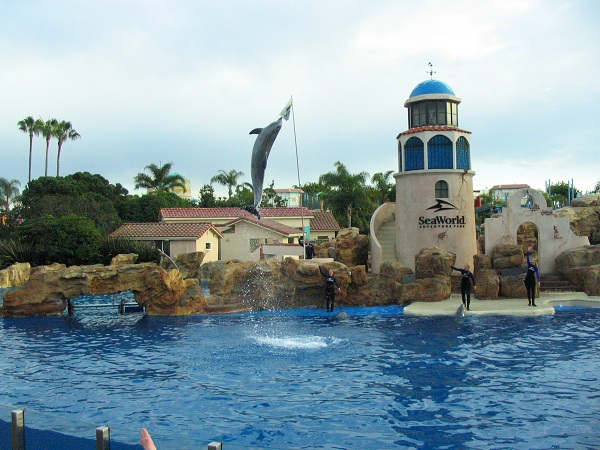 However we vote, Amazon loses


A Times-USC poll last week showed a close contest. After registered voters were read some arguments on both sides, the so-called Amazon tax was supported by 46% and opposed by 49%.

Looking inside the numbers, two factors stood out, neither shocking.

A majority of Democrats (52%) favored collecting the tax online; the majority of Republicans (59%) opposed it. Independents were almost evenly split.

There was a generational divide: The younger the voters, the more opposed they were to online tax collections. The older, the more supportive. Specifically, 55% of people under 50 were opposed, 52% of the over-50 crowd supported it.

The conflicting political dynamic is this: The best bet is there’ll be a low turnout for the election. A low turnout normally benefits Republicans. Score one for Amazon. But younger people usually don’t bother to show up; older voters do. Score that for Wal-Mart.

Regardless of the outcome on election day, Amazon looks like a loser. First, it’s going to spend tens of millions — and probably scores of millions if it persists in fighting this tax issue in states all over the country.

More important for Amazon, its corporate brand will be smeared from one end of the state to the other. Get used to “tax cheat.”

But at least this new ballot brawl should benefit one sector of the California economy.

Dan Walters: Higher California fees are the epitome of fairness


The fire fee is conceptually similar to a new requirement that local redevelopment agencies must share their revenue to remain in business. Those agencies have been skimming about $5 billion a year off the top of the property tax pool before funds are distributed among schools and local governments.

The state must make up about $2 billion of that diversion to schools. So in effect, all state taxpayers have been subsidizing local redevelopment projects.

And then there are those college fees. One commentator went so far as to claim that when Republicans refused to go along with Brown’s pitch for additional tax revenue, they were indirectly imposing a tax on college students.

A fee is a fee, not a tax. Taxes are involuntary but fees pay for specific non-mandatory services, such as college educations.

Roughly a third of California’s adults have four-year college degrees, so they have enjoyed low-cost educations at the expense of everyone else.

One could argue, with great validity, that everyone has a stake in having a well-educated workforce, but even with the fee increases, college in California is still highly subsidized and still a very good deal.

California State University fees will still be among the lowest in the nation vis-à-vis comparable institutions, according to data from the California Postsecondary Education Commission. University of California fees will be about average. And our community college fees are still rock-bottom.

Fair is fair, and the new fees that are causing such angst are very fair.


A local ballot measure in San Jose and a statewide initiative, both only proposals at this point, would attempt to cut the cost of public pensions promised current workers, believed by many to be “vested rights” protected by court decisions.

A key point: The commission and the proposed ballot measures would not cut pension amounts already earned by current workers through years of service. The cuts (in benefits or employer contributions) only apply to pensions earned after the change.

The Little Hoover Commission said the courts have held that public employees have a vested right under contract law to the pension benefits offered on their first day on the job, even if it takes five years of work to qualify for them.

But the commission said the rulings, which differ from private-sector pensions that can be cut for future work, have provided openings to modify benefits for current workers that must be clarified.

“Government agencies cannot generate the needed large-scale savings by reducing benefits only for new hires,” said the commission. “It will take years if not decades to turn over the workforce, and the government is hardly in hiring mode today.”

The backers of the proposed ballot measures are already hearing from defenders of the vested rights of current workers.

A paper on vested rights issued by the California Public Employees Retirement System this month suggests the giant system, which covers half the non-federal government workers in the state, would go to court to protect the rights of its members.

The new maps, which will be released to the public on Friday, are expected to generate a flurry of lawsuits and at least one referendum drive, all of which would, if successful, shift redistricting to the courts for final resolution before the 2012 elections.

Created by two ballot measures, the commission is doing a job that in the past had been done either by the Legislature or the courts. Overall, its districts – if finally adopted – are expected to give the state’s dominant Democratic Party opportunities to gain two-thirds majorities in the Legislature and increase its control of the state’s congressional delegation.