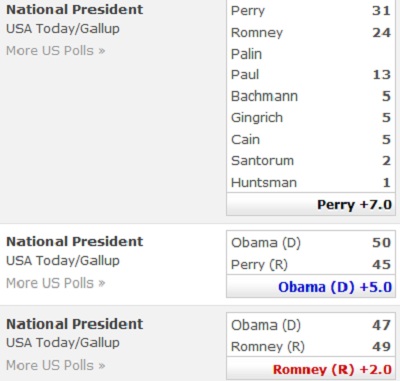 According to the latest USA Today/Gallup Poll.


President Obama finds himself in close races with his two leading GOP rivals, according to a USA Today/Gallup poll released Monday.

According to the new survey, 53 percent of voters say they want a Republican nominee who is best positioned to defeat President Obama, and 43 percent say they want a candidate who agrees with them on nearly all issues.

These numbers should shift around again after this Thursday’s debate in Orlando, Florida. For now, it is a two person race for the GOP nomination and President Obama is not assured of re-election.