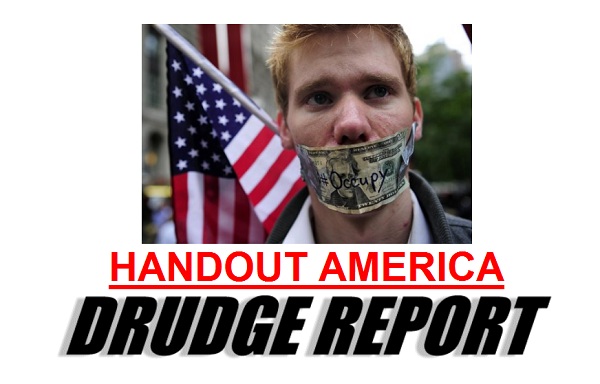 Nearly half of all Americans live in households that received some government benefit in the first quarter of 2010, according to census data.

Families were more dependent on government programs than ever last year.Nearly half, 48.5%, of the population lived in a household that received some type of government benefit in the first quarter of 2010, according to Census data. Those numbers have risen since the middle of the recession when 44.4% lived households receiving benefits in the third quarter of 2008.

Means-tested programs, designed to help the needy, accounted for the largest share of recipients last year. Some 34.2% of Americans lived in a household that received benefits such as food stamps, subsidized housing, cash welfare or Medicaid (the federal-state health care program for the poor).

Another 14.5% lived in homes where someone was on Medicare (the health care program for the elderly). Nearly 16% lived in households receiving Social Security.

High unemployment and increased reliance on government programs has also shrunk the nation’s share of taxpayers. Some 46.4% of households will pay no federal income tax this year, according to the nonpartisan Tax Policy Center. That’s up from 39.9% in 2007, the year the recession began.

Most of those households will still be hit by payroll taxes. Just 18.1% of households pay neither payroll nor federal income taxes and they are predominantly the nation’s elderly and poorest families.

The tandem rise in government-benefits recipients and fall in taxpayers has been cause for alarm among some policymakers and presidential hopefuls.

The American economy is facing a collapse unless something is done by the federal government to stimulate economic growth. And, America is not going to achieve this by taxing the rich.

President Obama and Senate Democrats have better get serious about the economy or get the hell out of the way and let the GOP House do it. 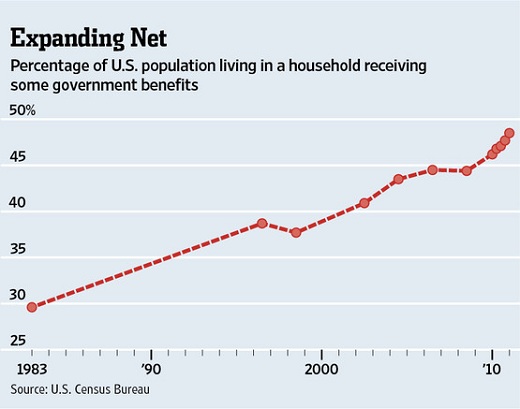