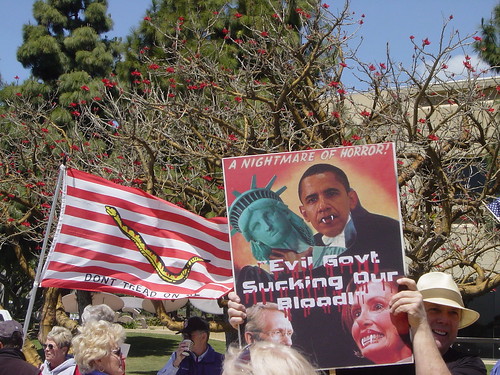 The answer is probably NEITHER.


That’s tricky. We asked the same “support” or “oppose” question of both in the aforementioned USA Today/Gallup poll. The results show broadly similar views, although the Tea Party, with a 22% supporter, 27% opponent response in this poll, is slightly more negative than the 26% supporter, 19% opponent profile for the OWS movement. Half or more of Americans are neither supporters nor opponents of these movements. That underscores the point made by my colleague Jeff Jones in his analysis — namely that the majority of Americans are not highly caught up in these movements that occupy so much of the news media’s time.

My friends and colleagues, by and large, could care less. So, this is probably correct.

Unless, of course, one of the demonstrations disrupts traffic, then that person will hate your group!

One thought on “Poll Watch: Who Has More Popular Support – The Tea Party or Occupy Wall Street?”