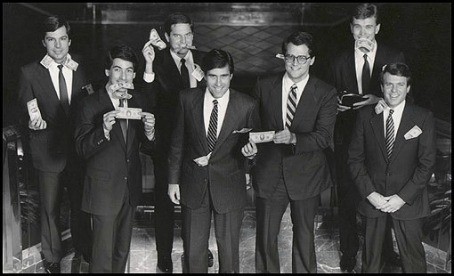 Mitt Romney and the suits from Bain

Mitt Romney has hesitated in releasing his tax returns and is there any wonder why?

Romney, a high net worth individual ($200 million plus) has been paying an effective tax rate which is lower than lost middle income Americans.

“What’s the effective rate I’ve been paying? It’s probably closer to the 15 percent rate than anything. Because my last 10 years, I’ve—my income comes overwhelmingly from some investments made in the past, whether ordinary income or earned annually. I got a little bit of income from my book, but I gave that all away. And then I get speakers fees from time to time, but not very much.”

Think this will hurt his candidacy?

You betcha and with all of the Bain Capital crap, the Democrats and Obama will have a field day.