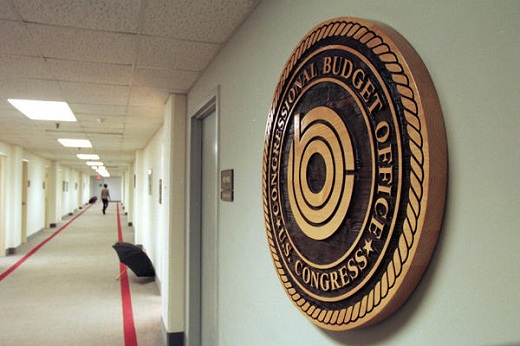 And, the federal budget deficit will continue to be over $1 Trillion.

The Congressional Budget Office said Tuesday that the economy would remain sluggish, with high unemployment, and that the federal budget deficit would exceed $1 trillion in 2012 for the fourth consecutive year.

The deficit will be $1.1 trillion in the current fiscal year, about $200 billion less than in 2011, and will fall sharply in the next three years as a result of tax increases and spending cuts required by existing law, the agency said in its annual report on the budget and economic outlook.

However, it said, that same combination of higher taxes and caps on spending will crimp economic growth. As a result, it said, the unemployment rate, which was 8.5 percent in December, will climb to 8.9 percent in the last quarter of this year, which includes Election Day, and will rise to 9.2 percent in the final quarter of 2013.

“We have not had a period of such persistently high unemployment since the Depression,” said Douglas W. Elmendorf, director of the Congressional Budget Office.

So, when you see President Obama giving rosy scenario speeches, ask yourself, what is he really doing about America’s economic problems?