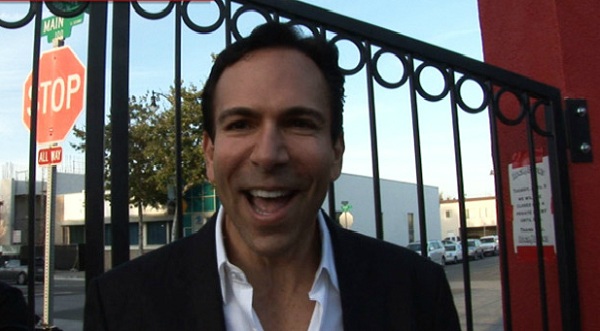 Kind of extreme, no?

Dr. Bill Dorfman — a world famous dentist who treats some of the biggest stars on Earth — tells TMZ he keeps a “secret stash” of the teeth he’s plucked from the mouths of his famous patients … in the hopes of eventually selling them on eBay.

Dorfman — who recently treated Lindsay Lohan and whose website features Jessica Simpson, Usher, Ozzy Osbourne, Anne Hathaway and Eva Longoria — was outside Rock & Brews in El Segundo yesterday when he revealed his secret.

“I actually save famous people’s teeth when I pull them … but I can’t tell you [their identities] ’cause it’s like patient confidentiality.”

He continues, “There have been a few really famous people and I thought one day maybe I could sell this on eBay.”

Dorfman insists he always offers the teeth to his patients first … but they often decline, “So I put it in the back and i just hold on to it.”

Is it sick, like one dentist said in the piece on TMZ?

No, probably not. Dentists often keep the extracted teeth of patients and dispose of them, usually in their medical waste containers. There is no harm, keeping them – as is routinely done prior to transport.

But, I certainly think the revenue should be donated to charity. Didn’t John Lennon’s tooth fetch a pretty penny?

I am sure Dr. Dorfman will do so, especially after receiving this PR.

Here is the video report from TMZ: