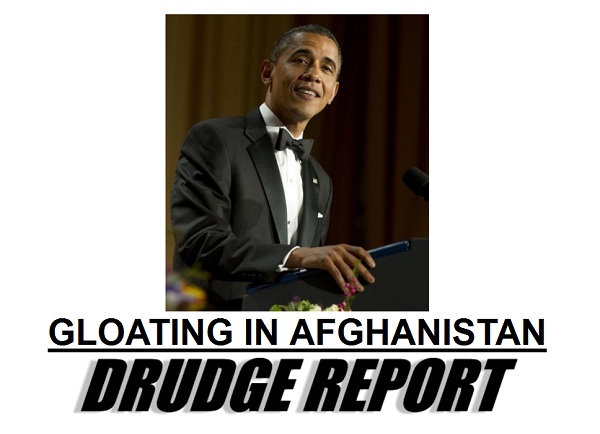 A pretty sad display by an American President.

President Barack Obama made an unannounced visit to Afghanistan on Tuesday, the first anniversary of the U.S. raid that killed Osama bin Laden in neighboring Pakistan.

On his third trip to Afghanistan since taking office, Obama met with President Hamid Karzai and will make a televised address at 7:30 p.m. ET.

Tuesday’s visit comes at a particularly delicate time in relations between the United States and Afghanistan, as plans to withdraw U.S.-led international forces proceed.

The countries have been negotiating a strategic agreement that would outline the basis for U.S.-Afghan cooperation after most U.S. and allied troops withdraw in 2014. Obama and Karzai are expected to sign the agreement on Tuesday, according to the senior administration officials who briefed reporters on the flight.

The Strategic Partnership Agreement provides a framework for the U.S.-Afghanistan partnership for the decade following the U.S. and allied troop withdrawal, the officials said on condition of not being identified.

Specific levels of U.S. forces and funding are not set in the agreement and will be determined by the United States in consulation with alllies, the officials said.

Noting the anniversary of the bin Laden mission, the officials called it a resonant day for the Afghan and American people.

In other words, Obama ends the war in Afghanistan on Osama bin Laden’s death anniversary. Obama wins the war, before he loses it.

All symbolism and NO substance.

And, at what cost?

One thought on “President 2012: Obama Spikes the Ball in Afghanistan”