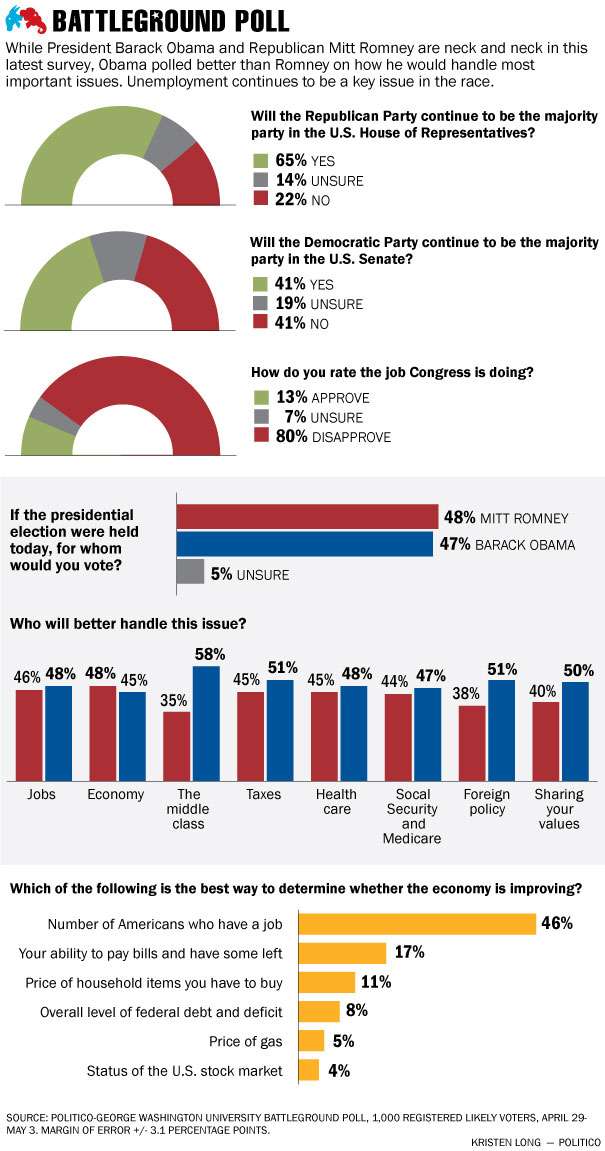 A new Presidential poll from Politico has the race between President Obama and Mitt Romney in a virtual dead heat.

A new POLITICO/George Washington University Battleground Poll finds a dead heat in the presidential race six months before the election.

Mitt Romney edged out President Barack Obama 48 percent to 47 percent among likely voters, a number well within the margin of error, as Republicans rapidly consolidate behind the likely GOP nominee.

The former Massachusetts governor has opened up a 10-point lead, 48 percent to 38 percent, among independents in a poll conducted Sunday, April 29 through Thursday, May 3 and a 6-point lead among those who describe themselves as “extremely likely” to vote in November. Obama led Romney by 9 points overall in POLITICO’s February’s poll.

But there are suggestions that these numbers are extremely fluid: Obama holds double-digit leads over the presumptive Republican nominee on issues such as who will better handle foreign policy and who will stand up for the middle class and on “sharing your values.” But enduring concern about the economy — by far the most important issue to voters — keeps the president in a tenuous position despite employment numbers that show slight but steady improvement.

Again, like the Gallup Poll previously mentioned a good start for Mitt Romney.