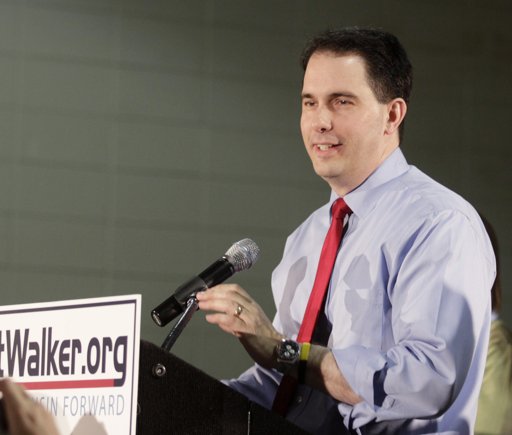 According to the latest poll from Marquette Law School Scott Walker is leading.

Walker leads Barrett 50 to 44 among 600 likely voters in the school’s first survey since the May 8 Democratic primary. Their last poll, released May 2, showed a dead heat.

The recall, sparked by Walker’s elimination of collective bargaining rights for public employees in early 2011, is only a few weeks away.

There appears to be an enthusiasm gap: 91 percent of Republicans say they are “absolutely certain” they will vote in the recall compared to only 83 percent of Democrats.

Democrats in the state are reportedly angry with the national party for not investing more in this race. Walker has spent more than $20 million so far.

The RIGHT has mobilized behind Walker and is not taking this recall election for granted.

Scott Walker is in a good place right now and should be able to even grow his lead.