The honeymoon with President Obama and the Lame Stream Media has been over for a while, but the persistent bias in coverage persists. Obama simply avoids the White House press corps and gives soft, puff piece interviews for the more pop-culture, grocery store rags.

Obama no longer has the compelling “Hope and Change” mantra of 2008. The President has lost his MOJO.

The Newsweek cover is funny, but who reads Newsweek or Time Magazine anymore? It reaches and influences nobody. 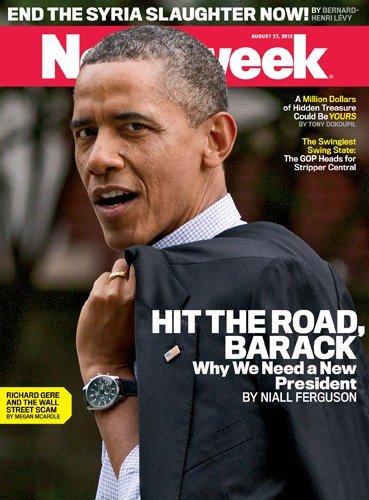 Today’s social media world has changed politics and Presidential campaigns. No more hiding from the “press” or a President hiding in the Rose Garden, behind their favorite print columnists.

The POLS will either have to ENGAGE the voters or perish.