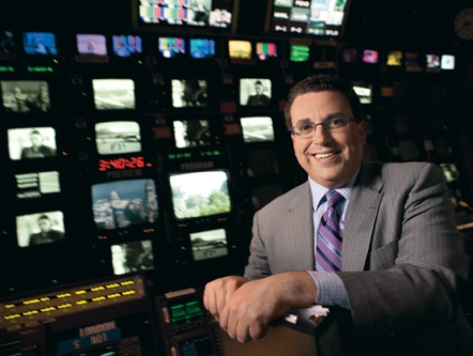 Yahoo News has fired Washington bureau chief David Chalian after he was caught on a hot-mic during an online video broadcast today saying that Mitt Romney and his wife Ann had no problem with African Americans suffering as a result of Hurricane Isaac, a source familiar with the situation tells POLITICO.

“They’re not concerned at all. They’re happy to have a party with black people drowning,” Chalian said during the ABC News/Yahoo News webcast, in reference to the fact that the GOP convention in Tampa is taking place as Hurricane Isaac makes landfall on the north Gulf coast.

The conservative media watchdog organization NewsBusters first posted audio of Chalian’s remarks, but referred to him as an ABC News employee (and offered slightly inaccurate transcription). ABC News spokesperson Julie Townsend informed the organization that Chalian was with Yahoo.

Good riddance to this moron.

In year’s past, the MSM would have just covered this up, suspended the miscreant and transferred the journalist to another gig. Don’t think this will fly in the world of social media and instant communications.

By the way, Yahoo has confirmed Chalian’s firing:

David Chalian’s statement was inappropriate and does not represent the views of Yahoo!.  He has been terminated effective immediately. We have already reached out to the Romney campaign, and we apologize to Mitt Romney, his staff, their supporters and anyone who was offended.