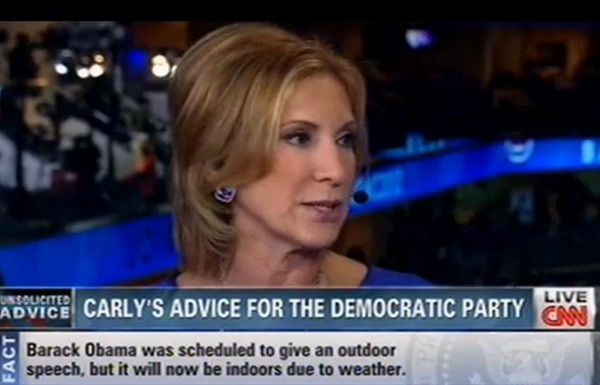 Carly Fiorina on CNN today gave her unsolicited advice to the national Democratic Party – moderate your EXTREME out of the mainstream positions on the issues.

On Thursday, former Republican Senate candidate from California, Carly Fiorina, dropped an impressive bit of counterintuitive political wisdom on her fellow panel guests during CNN’s increasingly interesting, unscripted “unsolicited advice” segment with Pete Dominick. Fiorina performed a clever bit of reverse logic on Democrats and identified, succinctly and dispassionately, the many reasons why the Democratic National Convention has handed Republicans a litany of ways in which they can tar Democrats as the party of real extremism for America’s center-right electorate.

Here is the video and it is worth a watch: