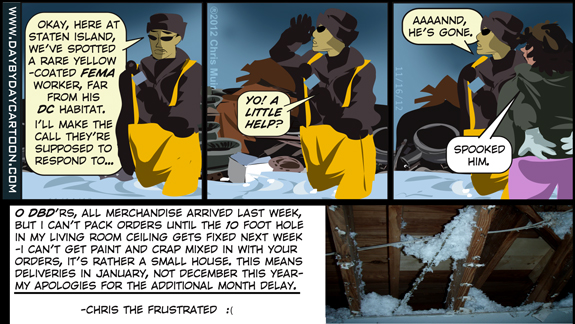 Chris, I feel your frustration….

In the meantime, President Obama has a perfunctory meeting this morning with Congressional leaders regarding the “Fiscal Cliff” and then he is off for his Asian trip.

So, the financial markets will be jittery as the President jaunts off on a Thanksgiving week trade trip – junket.

There will be NO leadership there since Obama really doesn’t care if the Bush era tax cuts expire or not. And, he knows the feckless GOP will cave at the last minute anyway.

Time for the GOP Congressional leadership to call the President’s bluff and vote to cut taxes for all, but the top wage earners. Then, hit Obama hard on spending cuts that, so far, he has refused to enumerate.

Let’s see if anything gets done by the second week of December.

Somehow, I doubt it.