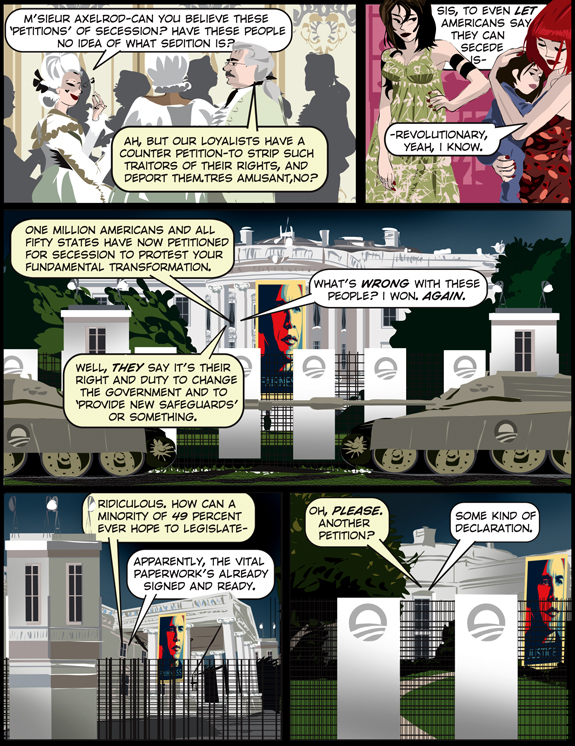 Chris, all of this talk of “Secession” from the United States is just “Sour Grapes” talk because President Obama was re-elected.

A Romney Presidency would have been a smoother talking McCain Presidency or Bush-lite without the wars.

The national Republican Party needs to retool and reinvent itself with a younger generation of voters – you know the ones who were born after Ronald Reagan was President.

The GOP has a good bench with 30 Governors and control the House – a better position than in 2008 when Obama was elected with “Hope and Change.”

Who will the Democrats nominate in 2016?

A tired and worn out Hillary Clinton who will be approaching 70 years of age? Probably.

Conservatives need to regroup and help the Republican Party nominate a conservative candidate for President and develop a conservative bench for lower offices in the House and Senate and the statehouses.

Conservatives need to get busy – there is a lot of work to do.