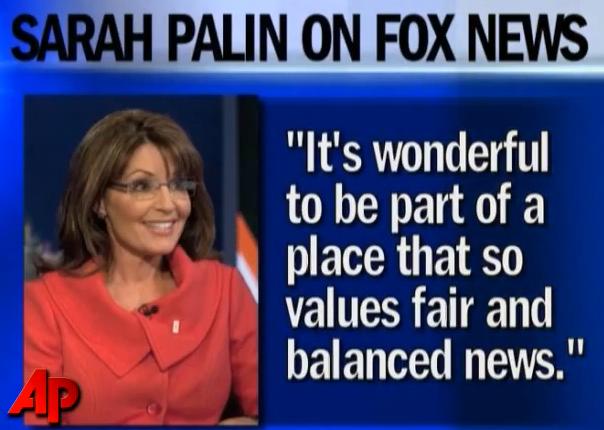 I was wondering why Sarah was not seen very much after the November elections.

But, now it is clear.

Sarah is out at Fox News.

After a three-year run as a paid contributor to the nation’s highest-rated cable news channel, Sarah Palin and FOX News have cut ties, according to a source close to the former Alaska governor.

“It’s my understanding that Gov. Palin was offered a contract by FOX, and she decided not to renew the arrangement,” the source close to Palin told RCP. “She remains focused on broadening her message of common-sense conservatism across the country and will be expanding her voice in the national discussion.”

She will probably be offered another news punditry gig at another network, if she wants it – like CNN or ABC.

I am wondering if she might just return to Alaska politics and run for the U.S. Senate seat occupied by Democrat Mark Begich?

8 thoughts on “Sarah Palin Out At Fox News Channel”