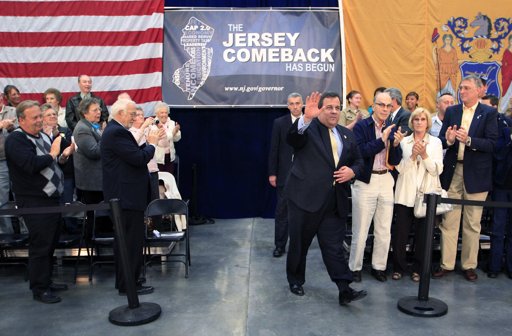 But, I would be very surprised if Romney does not choose New Jersey Governor Chris Christie or Florida United States Senator Marco Rubio. Mitt would actually have a chance to win with either of these two articulate and LEFT battle hardened POLS.

One other I would mention would be Indiana Governor Mitch Daniels.

Forget the rest, as a team with Romney would make it more difficult for the GOP to win.

Chris Christie has expressed some interest.

New Jersey Gov. Chris Christie (R) told ABC News he’s “not looking to become vice president” but left the door open to a conversation about it with Mitt Romney.

Said Christie: “But I also think it is extraordinarily arrogant for you to say you won’t even listen to the nominee of your party — especially for me. It’s someone who I’ve been supporting since last October vigorously around the country — that I wouldn’t take a call from Mitt Romney.”

On the eve of the New Hampshire GOP Presidential debate tonight and within the hour.


New Jersey Gov. Chris Christie will make a surprise appearance Tuesday to endorse Mitt Romney for president, a week after Christie said he had decided not to run.

Christie is planning a joint press conference with the former Massachusetts governor at 3 p.m. in New Hampshire, NBC News has learned.

Christie announced last week that he would not be getting into the race for the Republican nomination, saying “now is not my time,” but gave no indication an endorsement was coming soon.

This should nail down the East Coast GOP delegates for Mitt Romney, along with the announcement today that former New York City Mayor Rudy Giuliani is out too.

Unless Rick Perry can execute a “Hail Mary” pass tonight during the debate, it looks like the GOP Presidential nominee will be Mitt Romney.

Now, will Chris Christie be the Vice Presidential running mate? 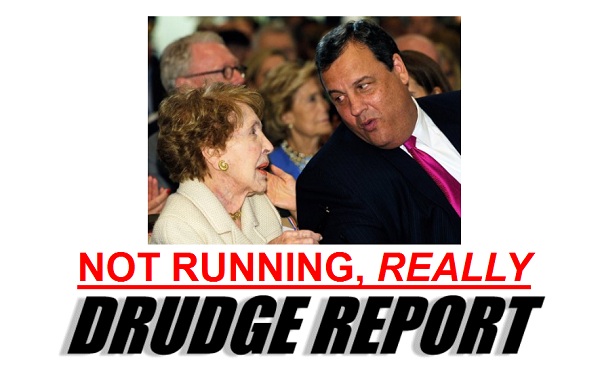 New Jersey Governor Chris Christie will NOT be running for President. 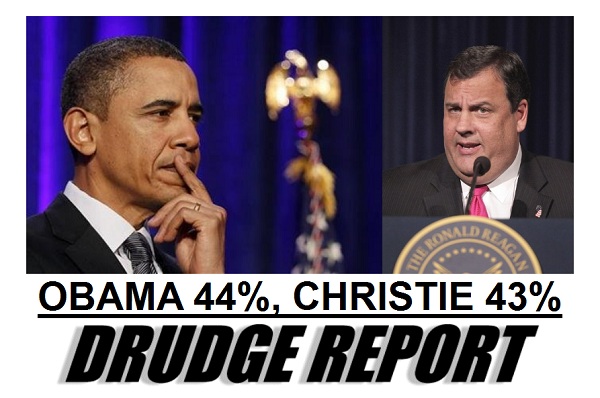 
One’s in the race and one’s contemplating a run, but for now Mitt Romney and New Jersey Governor Chris Christie are both essentially even with President Obama in hypothetical Election 2012 matchups.

The latest Rasmussen Reports national telephone survey of Likely U.S. Voters finds Romney, the former Massachusetts governor, with 44% of the vote to Obama’s 42%. Eight percent (8%) like another candidate, and seven percent (7%) are undecided.

Obama wins 44% support, while Christie picks up 43% in their matchup. Six percent (6%) prefer a third option, and eight percent (8%) are undecided. However, just 26% believe the first-term governor is likely to run for the White House, and only 20% think he should seek the White House.

Here is the breakdown for all of the other GOP candidates and President Obama.

Not a bad first poll for Governor Christie and note the fall of Rick Perry and Michele Bachmann.
Committee for Our Children’s Future (CCF) ad

With New Jersey Governor Chris Christie speaking this evening at the Reagan Presidential Library here in California, there are and have been television ads supporting Christie’s record on air.

The Bernardsville-based Committee for Our Children’s Future (CCF), a self-proclaimed independent 501(c)(4) organization, is airing the ad on New York and Philadelphia broadcast and New Jersey statewide cable stations.

“Washington is moving in the wrong direction. From runaway spending and record debt to gridlock, our federal government is not working. Meanwhile, in New Jersey things are moving in the right direction — two balanced budgets, a billion dollars in wasteful spending cut and millions of dollars in new education funding,” said Brian Jones, spokesperson, Committee for Our Children’s Future.

“New Jersey should serve as a national model for government leaders across the country. It’s time for a better economic future for taxpayers, working families, and our children. We must protect our children’s future and keep the New Jersey reform movement going.”

At his press conference today, Christie said he is not personally responsible for the group’s efforts but welcomed their support.

Christie has quite a decision to make and he must make it soon.

Maybe there will some hint or direction at the presser after his speech at the Reagan Library?