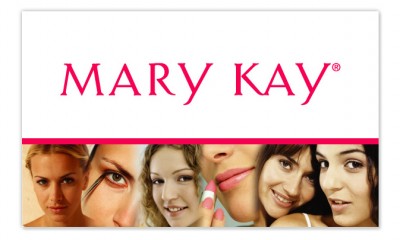 The California Legislature and Democrat Governor Jerry Brown REALLY think they will be able to capture additional state revenue with the Amazon tax?

Their track record with the California “Mary Kay Tax” is not so good, as exposed in this piece over at Cal Watchdog.


Call it the Mary Kay Tax. It hits small businesses —  such as Mary Kay and Avon distributors — with heavy administrative costs, while bringing a pittance to the state treasury.

It’s a tax program the Legislature passed in 2009 to help balance the budget. Then it was signed into law by then-Gov. Arnold Schwarzenegger. But it has been a colossal failure as well as absurdly expensive. Despite the failure and added expense, the program is not getting the ax.

AB X4-18 created the Board of Equalization’s Qualified Purchaser Program
to collect use taxes from the smallest business owners who were not usually registered for sales and use-tax purposes.

But the taxes collected in the ensuing two years are 80 percent below projections. Adding insult to injury, the program is costing taxpayers an additional $10 million a year to administer, while adding 137 state employees.

I remember that this tax when it was passed created quite a bit of buzz in the dental community since all dental offices were required to file additional forms and paper work. As if dentists did not have enough compliance to navigate in California.

But, like everything the Democrat dominated California Legislature seems to touch there are many unintended consequences, including compliance costing almost as much as the tax revenue gain. How smart?


Despite the dismal collection numbers and the expansion of a state agency during the worst economic crisis in state history, the program is not being shelved. Because the tax was passed by the Legislature, only the Legislature can repeal it. But all is not lost. The BOE can make changes to the program.

The motive for the tax was typical of the California Legislature. It was created to help balance the state’s budget. In these inflationary days in this expensive state, a $100,000-a-year business could be just one or two people.

The program has registered 500,000 California small business owners, targeting sole practitioners such as doctors and dentists, tax preparers and CPA’s, as well as contractors, lawyers, real estate agents and even Avon and Mary Kay cosmetics representatives.

Most of the BOE registrations have been “involuntary.” According to BOE Board Member George Runner, a former Republican state senator, this means that if BOE employees determine that an individual meets the definition of a “qualified purchaser,” the business owner is automatically registered to pay the tax.

Runner held a press conference Monday at the offices of the National Federation of Independent Business. He said that, because so few qualified purchasers have filed use tax returns with the BOE, the agency staff decided to send out 305,000 “delinquent” notices. The notices identified the small business owners as “tax delinquents,” and threatening them with “estimated use tax determinations.” According to Runner, this was done by BOE staff, without the knowledge of BOE board members.

Board members found out about the delinquent-notice mailings when more than 175,000 angry small business owners immediately flooded the agency with phone calls. The BOE legal department was consulted and quickly determined that there was no way to estimate use taxes. According to Runner, this was ample proof that the program should be drastically modified.

I love it. The Sacramento Board of Equalization staffers on their own decided to call 305,000 business owners tax delinquents. Yeah, that will really help compliance. People will simply go even more underground and avoid paying any taxes.

Or, better yet, leave California for Nevada and Colorado.

Then, there is the cost of compliance to the small businesses that do remain in California. Costs that will be passed along to consumers.


“The average qualified purchaser pays almost as much to their accountant to comply with this program as they pay in use tax, resulting in much more of a burden upon businesses than benefit to the state,” Runner said. “It costs taxpayers an average of $75 for their accountant to prepare the BOE return, even though many owe far less than this amount.”

Expected to generate $264 million in the two years since the law was passed, instead the program has collected only $56 million in taxes. But it has cost a total of $23 million in additional BOE administrative costs. Add in businesses’ tax-preparation costs, which are tax-deductible, and the state well could be losing more in revenue than it gains from this program.

NFIB Executive Director John Kabateck said that his organization represents 20,000 small California businesses and 350,000 across the country. As anti-business laws continue to be imposed on California’s businesses by government bureaucracies, the game of “gotcha” government policies are fast becoming “we’re going to get you,” Kabateck said.

“Small businesses have been closing at a clip,” said Kabateck. “And there are now 2.2 million Californians unemployed.”

Kabateck said that the average small business owner spends countless hours doing paperwork costing at least $48.72 per hour, $400.00 per day and $2,000.00 per week, thanks to taxing agencies like the BOE.

And, the POLS wonder why many businesses, especially small ones, have closed up shop and moved to other states. California Legislators ponder why there are more than two million unemployed Californians.

Me thinks they should look at themselves.