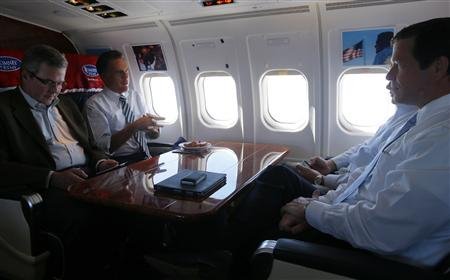 Matt Drudge has it up and Dan Senor has the poop:

Secretary of State Condoleezza Rice is actively courting the Vice Presidential nomination, according to Republican Strategist Dan Senor. â€œCondi Rice has been actively, actually in recent weeks, campaigning for this,â€ Senor said this morning on â€œThis Week with George Stephanopoulos.â€

According to Senor, Rice has been cozying up to the Republican elite. â€œThere’s this ritual in Washington, the Americans for Tax Reform, which is headed by Grover Norquist, he holds a weekly meeting of conservative leaders, about 100, 150 people, sort of inside, chattering, class types,â€ Senor explained. â€œThey all typically get briefings from political conservative leaders. Ten days ago, they had an interesting visit. Secretary of State Condoleezza Rice. The first time a Secretary of State has visited the Wednesday Meeting.â€

An excellent candidate but is she too close to President Bush for the GOP and John McCain’s liking? Rice is from California and would appeal to those moderate and independent voters in the Golden State.

However, Rice is pro-choice on abortion and will run into trouble with conservatives on this issue. Plus, she lacks executive experience.

Rice is an accomplished Secretary of State but Flap thinks there are better Vice Presidential choices for Senator McCain.

US President George W. Bush and Secretary of State Condoleezza Rice talk with German Chancellor Angela Merkel, on the third day of the NATO Summit conference in Bucharest, Friday April 4 2008.

U.S. Secretary of State Condoleezza Rice (R) announces economic sanctions on Iran to pressure it to halt its nuclear program as U.S. Secretary of Treasury Henry Paulson stands next to her at the State Department in Washington October 25, 2007.

Are the latest United States economic sanctions the end of the line for Iran’s nuclear program?

Why else was this leaked and why are these B-2’s in Guam?

An $88 million appropriation is nothing and does anyone want to bet one of these Guam visiting B-2’s are already modified? Besides the 30,000 pound “Bunker Buster” bomb can already be delivered by the B-1 or B-52. They are just not “STEALTH” and could be intercepted by Iranian anti-aircraft defenses.

So, what is the United States telling Iran?

What they should have told them over a year ago. Stop the uranium enrichment and the development of nuclear weapons or we will stop it for you.

The Code Pinkos strike again – this time with Secretary of State Condoleezza Rice.

Secretary Rice was confronted prior to her testimony before the House Foreign Relations Committee where she testified that Iran represented “perhaps the single greatest challenge” to United States Security.

Flap is nonplussed that the Democrats (who run the House) don’t provide better security BEFORE the Capitol Police throw their PINK ASSES out.

Now, will they be prosecuted?

U.S. Secretary of State Condoleezza Rice, left, smiles as she poses with the President of the Spanish conservative opposition Popular Party Mariano Rajoy before their meeting in the U.S. embassy in Madrid Friday, June 1, 2007.

Rice: No War Plans Against Iran

The U.S. is not preparing for war against Iran and Vice President Dick Cheney supports that policy, Secretary of State Condoleezza Rice says, taking a swipe at a U.N. official who says he’s worried about “crazies” who want to start bombing.

“The president has made clear that we are on a diplomatic course,” she said in regard to U.S. opposition to Iran’s nuclear ambitions.

Rice, in Spain at the close of a European visit, was asked about the comments of the chief of the U.N. nuclear watchdog agency. Mohamed ElBaradei was quoted by the BBC as warning against the views of “new crazies who say ‘let’s go and bomb Iran.'”

This is not to say that United States policy should not exclude military action.  But, for now, President Bush has ordered a diplomatic track of negotiations to deal with the Iran nuclear crisis.

ElBaradei is NOT helping diplomacy by leaping to conclusions.

Iran Nuclear Watch: Ali Larijani – Suspension of Uranium Enrichment is Not Acceptable at All

The Natanz uranium enrichment complex in Natanz is pictured in this January 2, 2006 satellite image.

US Secretary of State Condoleezza Rice addresses the media at a Women Leaders conference for Peace and Security in the Middle East in Vienna, 31 May 2007. Rice told Iran to change tactics and freeze uranium enrichment, but Tehran remained defiant ahead of talks on its nuclear programme with the European Union.

It won’t make any difference.

Iran Nuclear Watch: Ali Larijani – Suspension of Uranium Enrichment is Not Acceptable at All

The Natanz uranium enrichment complex in Natanz is pictured in this January 2, 2006 satellite image.