A bold move that unfortunately will NOT bear any fruit except build the political credibility of the Tulare area Congressman.

Rep. Devin Nunes, a Tulare Republican, called on Gov. Arnold Schwarzenegger to resign Friday – not over taxes, but water.

Nunes said he was none too thrilled by Schwarzenegger’s speech Friday at the San Luis Reservoir outside Los Banos at a California March for Water rally. The governor spoke about his efforts to seek permanent solutions to the state’s water problems, including new dams and a conveyance that can transfer water around the Delta without harming endangered species.

But Nunes said he wanted to hear the governor promise to seek a federal waiver of the Endangered Species Act so Delta water pumps can transfer their full capacity of water to the San Joaquin Valley now. Environmental restrictions and drought conditions have curtailed water deliveries this year, and unemployment has approached 40 percent in some farming towns like Mendota.

Nunes said Schwarzenegger should resign because he has “utterly failed.”

“He’s had five, six years in office to figure this water situation out, and he hasn’t done it,” Nunes said by phone. “Then he shows up to the San Joaquin Valley today and says nothing. You’ve got to turn the pumps on in the Delta, and we have to go back to historic levels. This is not a drought like it’s being portrayed in the news. This is a man-made drought.”

But, Nunes is RIGHT. Schwarzenegger is a “FAILED” California Governor and his protection of the Delta Smelt is just another one of his environmental extremist positions that has crippled the business climate of the state.

Schwarzenegger has to go and not soon enough.

Washington, DC. â€“ California Congressman Devin Nunes (R-CA) announced his support for Mayor Rudy Giuliani to be the next President of the United States today.

â€œThe next President of the United States needs to be a proven leader. Someone we can entrust with the responsibility to lead our nation against extremists who are relentless. Mayor Giuliani has the experience we need during these difficult times and he has the confidence of the American people. I trust him to do whatâ€™s right, and not just what is politically expedient. Mayor Giuliani also understands what it takes to keep an economy growing. He is credited with the revitalization of the City of New York and understands what it takes to promote the prosperity of our nation,â€ said Nunes.

Congressman Nunes represents the California 21st Congressional district which includes Tulare county and parts of Fresno. He is a third term representative, serves on the House Ways and Means Committee and is an Assistant Minority Whip. 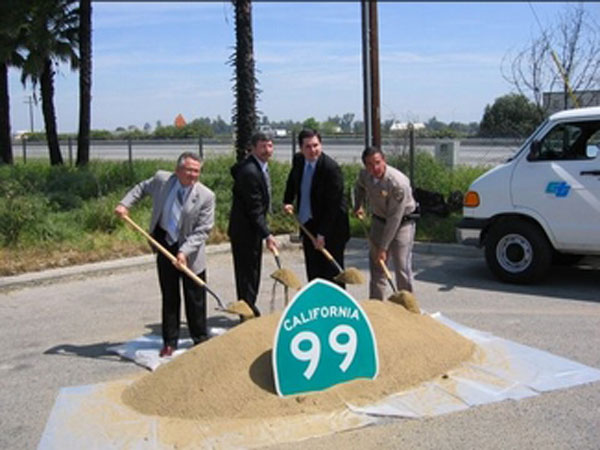